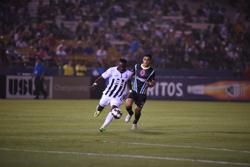 Coming off of the 2-0 loss at Weidner Field last week, the Switchbacks were looking to get back on track in the Sin City. Las Vegas would get on the board first through Irvin Parra who finished a cross from Junior Sandoval that Abraham Rodriguez could only get a hand to. The hosts doubled their lead in stoppage time of the first half when Samuel Ochoa scored a header to give Las Vegas a 2-0 lead at the half. Las Vegas extended their lead from the penalty spot in the 76th minute as Parra got his second goal of the game. The hosts would see out the 3-0 scoreline to the final whistle at Cashman Field on Saturday night.

The Switchbacks return to Weidner Field on Wednesday, May 15th to face FC Denver in the second round of the Lamar Hunt U.S. Open Cup. The next home league game for the Switchbacks is on Saturday, May 18th when New Mexico United comes to town on vuvuzela giveaway night to the first 500 fans in attendance, courtesy of General Dynamics. Full 16oz beers will be available for $1 for the first 30 minutes after gates open at 5:00 PM. Tickets start at just $12 and are available HERE. For the price of a Switchbacks ticket and 2-5 beers, it is cheaper than buying 2-5 beers at a bar or restaurant.