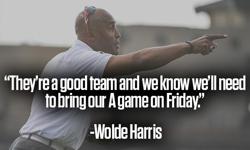 A Friday Four Corners Cup showdown is on tap as the Colorado Springs Switchbacks FC travel to Zions Bank Stadium to renew their rivalry with the Real Monarchs of Salt Lake City in USL Championship action.  On June 22nd the Real Monarchs edged the Switchbacks 2-1 at Weidner Field in Colorado Springs behind late second half goals from Kyle Coffee and Justin Portillo.  Mike Seth had given the Switchbacks the lead after a delightful turn in the box following a left-footed cross from Jordan Schweitzer.

“We like playing there,” said striker Mike Seth.  It’s a good set-up they have – it’s probably one of the better fields.  This will be a new game from when we played them here. A lot of teams have changed since then and this will be a new game – I think both teams will look at it that way.”

Last Saturday saw both the Switchbacks and Real Monarchs drop points.  San Antonio FC defeated the Real Monarchs 3-1 at Toyota Field, with Honduran midfielder Luis Palma salvaging a goal for the Monarchs after they had been sent down to 10-men following a red card for Cameroonian striker Lionel Abate Etoundi.

The Real Monarchs have three players who have already scored at least five times in the 2019 USL Championship, as Jack Blake, Maikel Chang, and Douglas Martinez have all been firing for Head Coach Jámison Olave’s club.  David Ochoa started in net for the Monarchs in their aforementioned loss against San Antonio FC, and appears to be the Monarchs’ number one ‘keeper, despite the club having started four different players in net in the 2019 USL Championship season.  Former Switchbacks winger Masta Kacher will not appear for the Real Monarchs on Friday after moving to USL Championship club Saint Louis FC in mid-July. 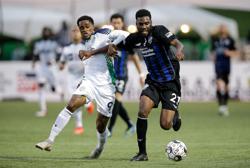 Zions Bank Stadium in Herriman, Utah, remains one of the best places to play in the USL Championship.  The Real Monarchs and their Major League Soccer parent club, Real Salt Lake, have created a world-class soccer infrastructure in Utah – which the Switchbacks used during their pre-season preparations for the 2019 campaign.  “It’s a great facility and we’re familiar with it from pre-season and that helps,” said center back Kris Reaves. “It’s really good for us to have the shorter week so we can get right back into it and have a quick turnaround.  We’ll take a look at what we need to focus on later this week.”

“It was good for us to have our preseason in Utah,” said Switchbacks Interim Head Coach Wolde Harris when asked about Friday’s trip across the Rocky Mountains.  “They’re a good team and we know we’ll need to bring our A game on Friday.”

High-flying Reno 1868 FC defeated the Switchbacks 4-0 at Greater Nevada Field in The Biggest Little City in the World last Saturday, despite the Switchbacks registering 18 shots – 5 of which were saved by 1868 goalkeeper JT Marcinkowski.

“The short week helps us move on,” confirmed Harris.  “We need to see what we did wrong and correct our mistakes and get a positive result on the road.  We’re going to make some adjustments in order to compete and be as flexible as possible. We’ll work this week to be ruthless in front of goal and make sure we’re psychologically prepared for the moment – we had a lot of chances early last week, we just didn’t take them.” 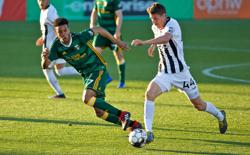 “It’s always a tough game up there in Utah,” said Switchbacks captain Jordan Burt early on Tuesday morning in Colorado Springs.  “It feels good to have a shorter week to get back out there and make up for what happened last week. We’re excited to get back at it.”

Following Saturday’s match, the Switchbacks will host a wild four days at Weidner Field in Colorado Springs.  On Wednesday, August 7th the Switchbacks host the Portland Timbers 2 with Centura Orthopedics and Centura Health sponsoring a cowbell giveaway.  Tickets are available for match against T2 HERE. Three days later, it’s Back to School Night at Weidner Field as the Switchbacks host the Rio Grande Valley FC Toros with GE Johnson sponsoring a backpack giveaway.  Tickets for the match against RGV can be purchased HERE.