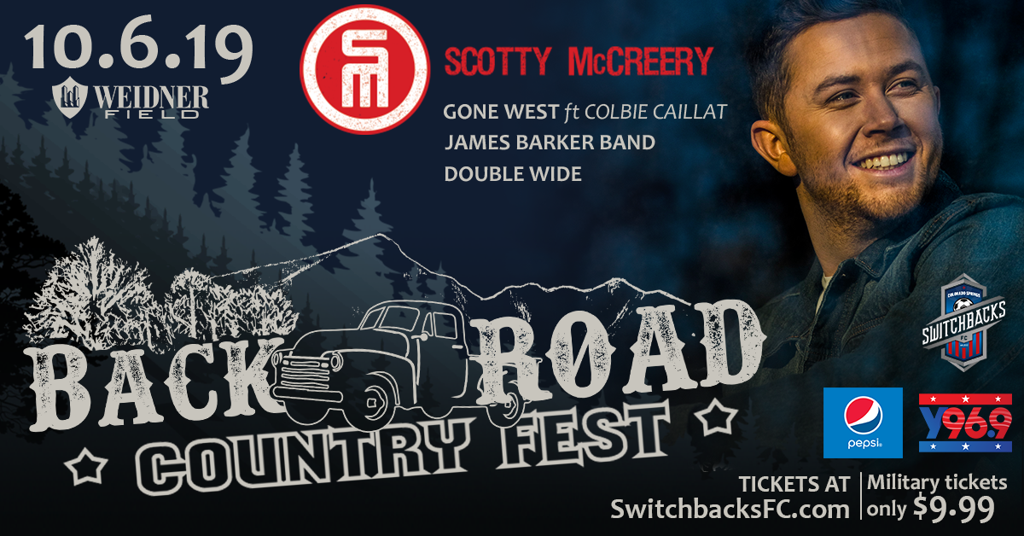 Gates open at 2:30pm and full 16oz beers will be available for only $1 till 3pm! Parking is FREE! The weather forecast is set for sunshine and clear skies!

Military tickets are available for only $9.99! You must have one of the following email domain names in order to lock in our Military rate:

You must have one of the following email domain names in order to lock in our Military rate:

Scotty McCreery achieved new heights in the last year, earning two back-to-back No. 1 hits from his current album Seasons Change: the RIAA Platinum-certified "Five More Minutes" and the RIAA Platinum-certified "This is It," which stayed at the top of the charts for two weeks. He co-wrote all 11 songs on Seasons Change, including his new single "In Between."

McCreery launched his recording career by making history in 2011 as both the first country artist and the youngest male artist of any genre to debut his first studio album, the Platinum-certified Clear as Day, at No. 1 on the all-genre Billboard Top 200 Albums chart. Since then, all four of his albums have debuted at No. 1 on Billboard Albums chart, with current combined sales surpassing 3 million copies. For more information and his current tour schedule, visit ScottyMcCreery.com.