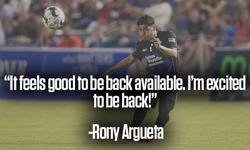 It’s Papa Murphy’s Park time as the Colorado Springs Switchbacks head west to California’s capitol city to face Sacramento Republic FC this Saturday evening in the USL Championship.  Cameron Iwasa scored the only goal of the game on March 16th at Weidner Field in Colorado Springs as the Switchbacks fell 1-0 to Sacramento in just the second match of the season for the two clubs.

“Both teams are completely different right now,” said Switchbacks captain Jordan Burt.  “They’re hitting form and playing well and we’ll watch some of their recent games this week.  That’s a good place to play on a good field and in front of a big crowd – I’m excited for it.” 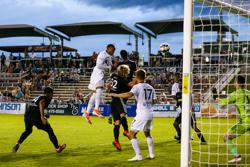 Rwandan center back Abdul Rwatubyaye snatched a dramatic injury-time equalizer for the Switchbacks last weekend at Weidner Field in a wild 3-3 draw with the Rio Grande Valley FC Toros.  “I was very satisfied after getting the goal – we wanted to get a point so that was a good moment for me and the team,” said Rwatubyaye early Tuesday morning in Colorado Springs.

On Monday, Danish striker Thomas Enevoldsen was acquired by Sacramento Republic after having started the 2019 USL Championship season with Indy Eleven.  Enevoldsen’s signing comes less than a week after Sacramento Republic added former Major League Soccer goalkeeper Bobby Shuttleworth on-loan from Minnesota United.  Shuttleworth is odds-on to make his debut with Sacramento against the Switchbacks, after joining Head Coach Simon Elliott’s team following Minnesota United’s 5-3 loss to FC Dallas on Saturday at Toyota Stadium in which Shuttleworth was an unused substitute.

Rony Argueta will be available for the Switchbacks on Saturday after serving a three-match suspension.  “It’s been a long three games for me to be missing and it feels good to be back available,” said Argueta in Colorado Springs.  “I’m excited to be back – hopefully I can earn my spot back in the team.” 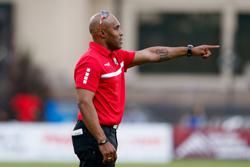 “We’re looking forward to Rony’s ball-control in the middle of the field and his defensive tenacity – especially against a team as talented and dangerous as Sacramento is at home,” said Switchbacks Interim Head Coach Wolde Harris.  “Sacramento have a really strong front-four. [Stefano] Bonomo is a very physical forward and he’s hard to deal with. [Villyan] Bijev and [Sam] Werner are dangerous players and [Cameron] Iwasa is a guy that’s hurt us before. We have to make sure we’re transitioning quickly from defense into our attack and catch Sacramento while they’re disorganized.  We gave up a poor goal against Sacramento but at their place this weekend we’ll have another opportunity to pick up points. We’re looking to build off our last two performances – especially offensively – and take what we did well on the road against a good team.”

Just days after announcing they had signed goalkeeper Abe Rodriguez to a professional contract, the Switchbacks announced the signing of Mexican striker Fernando González Delphín on Tuesday morning.  “He’s a player with first-team experience in Liga MX,” said Harris. “He can finish chances and that’s what we need. It’s good to have another player who can add to the team when we need points as much as we do now.  He’s going to add value to our group and another offensive option for us, and we know he’ll fit in and we look forward to having him here.” 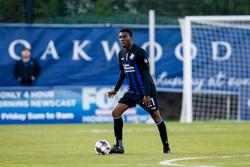 “It’s been such a long time since we played Sacramento – I feel like both teams have a different roster now,” said defender Kris Reaves.  “We’ll be going in there with a fresh mindset and a new player. It’s exciting and I’m looking forward to see what he does and we all look forward to helping him acclimate to the club and to the team.”

“It’s always good to get new guys in,” added Jordan Burt.  “We need more players and to get a guy for this final push really helps us.”

The Switchbacks will conclude their California two step on Saturday, August 24th against Fresno FC at Chukchansi Park before heading back to Weidner Field as they host Phoenix Rising FC on Free Underwear Night, with tickets available HERE.  The first 1,000 fans in attendance for the match against USL Championship Western Conference table toppers Phoenix Rising will receive a free pair of underwear, courtesy of Sheath.