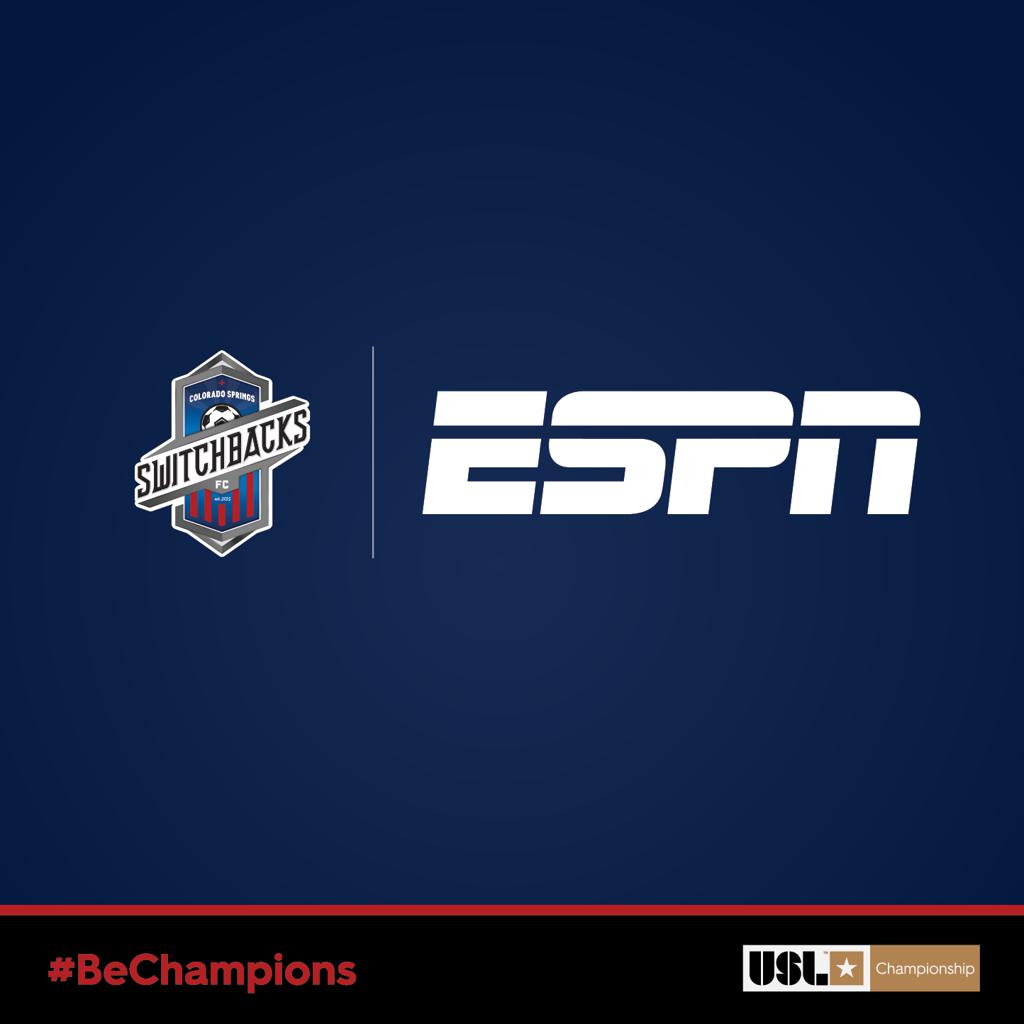 Tampa, FL (August 27, 2019) – The United Soccer League (USL) announced a new three-year rights agreement with ESPN on Tuesday that features the USL Championship and League One matches through the 2022 season.

The new agreement will see a three-fold rise in the number of games televised annually on ESPN’s networks, including the addition of Spanish-language telecasts on ESPN Deportes, as well as continued expansive coverage on ESPN+, the leading multi-sport, direct-to-consumer video service.

“We are thrilled to continue with ESPN and ESPN+,” said USL Executive Vice President Court Jeske. “USL is an organization that aims to put the fans first and we know that supporters across the country will be very pleased with this new three-year agreement and the exposure it brings.”

The relationship between the USL and ESPN will enter its fifth full year in 2020 as the league celebrates its 10th anniversary season. Under the new agreement, 18 regular-season games from the Championship will air on ESPN2, ESPNEWS, ESPNU or ESPN Deportes annually in addition to the USL Championship Final. All other matches will be streamed live on ESPN+.

“We’re delighted to continue our relationship with the United Soccer League, and showcase the USL Championship and USL League One competitions across ESPN networks and ESPN+ through this new agreement,” said Scott Guglielmino, ESPN Senior Vice President, Programming and Acquisitions.

The Championship has grown through its relationship with ESPN and ESPN+, including the debut of League One during the inaugural year of ESPN+. This new agreement will see nearly triple the content on ESPN networks, including ESPN Deportes, helping the USL and its clubs continue to broaden their fanbase.

USL will continue to be featured among the portfolio of world-class domestic and international soccer on ESPN+, along with Major League Soccer, the Lamar Hunt U.S. Open Cup, Italy’s Serie A, the F.A. Cup, the English Football League, and the qualifiers for the UEFA 2020 European Championship. In 2019, more than 750 regular season contests across the USL Championship and USL League One will air on ESPN platforms.

Games will continue to be produced by USL Productions, the league’s state-of-the-art broadcast production, broadcast and distribution facilities with VISTA Worldlink in south Florida.

About USL
The United Soccer League (USL) is the largest professional soccer organization in North America, possessing nearly a decade of experience in bringing the world’s game to communities across the United States and Canada. Overseeing the USL Championship, USL League One, and USL League Two, the organization is built on a proven and recognized model in international football and counts more than 100 clubs in its membership.

Based in Tampa, Fla., the USL has grown over the past decade into a model organization with strong corporate partnerships, stable organizational leadership, and a dedicated staff that provides outstanding support to member clubs and outside partners. Sanctioned by the U.S. Soccer Federation and Canadian Soccer Association, the USL is #UnitedForSoccer, moving the game forward in the United States and Canada.

About ESPN+
ESPN+ is the multi-sport, direct-to-consumer video service from The Walt Disney Company’s Direct-to-Consumer and International (DTCI) segment and ESPN. It reached 2 million subscribers in less than a year and offers fans thousands of live events, on-demand content and original programming not available on ESPN’s linear TV or digital networks, along with premium editorial content.

ESPN+ is available as an integrated part of the ESPN App (on mobile and connected devices) and ESPN.com. They are the industry-leading all-in-one digital sports platform, delivering a rich, personalized experience to tens of millions of fans every month.