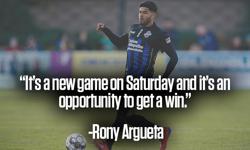 Last Saturday at Weidner Field the Switchbacks fell to Phoenix Rising FC as the visitors extended their historic winning streak to 17 matches by defeating the Switchbacks 3-0.  Things were not all doom and gloom for the home team, with 21 shots being registered by the Switchbacks against a Phoenix side who are the first team to clinch a berth in the 2019 USL Championship playoffs.

“That we play better than last weekend!” was Switchbacks Interim Head Coach Wolde Harris’ response when asked what changes he wants to see at Weidner Field on Saturday.  “We’re focused on the details and we know that we’ll have to play well to start the game and not just in the second half like we did against Phoenix. Everyone will have to give maximum effort – Austin are a very good squad.  We’ve got a couple guys on international duty and they’re two experienced players that we’ll be missing. There’s a chance we may play some younger players this weekend, but we’ll see.”

“Coach told us that this week he’ll be looking at players who want to play and to give everything we have,” said Rony Argueta on Tuesday morning in Colorado Springs.  “And he said it doesn’t matter about age or experience – he’s looking for guys to get the job done. It’s a new game on Saturday and it’s an opportunity to get a win and take care of the details that we’ve been working on and all the things that coach has been telling us.”

Austin Bold, who at the time of writing sit in 4th place in the USL Championship’s Western Conference, defeated the Switchbacks 5-0 at Bold Stadium on June 29th behind a brace from Brazilian striker André Lima.

“Lima and Kleber are very experienced in this league,” said Wolde Harris.  “[Kris] Tyrpak up top too. Those guys – among others – can all cause problems, so we have to be compact and make sure we focus on our approach.  This week we’ll get back to work and make sure we know that we still have the ability to execute and do well.” 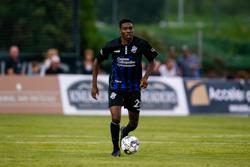 “This weekend will be a whole new game,” said center back Kris Reaves.  “This week we’ll just get back to work and stay together as a team and keep going.  We know that it will be a tough game against a tough team, but we’re glad to be at home and we’ll keep working every day.”

Lima leads the Bold in goals with ten, with Austin-native Kris Tyrpak having notched seven goals in the 2019 season.  Kleber has scored six times for the Bold, and former Switchback Sean McFarlane leads Head Coach Marcelo Serrano’s team in assists with six.  USL Championship veteran Diego Restrepo recorded his eighth clean sheet of the league season in the shutout win over RGV. Former US youth international Amobi Okugo and Jamaican international centurion Jermaine Taylor have each played over 2,000 minutes for the Bold in the 2019 league season, with midfield general Xavier Báez also moving over the 2,000-minute mark after his 90 minutes in Sunday’s victory against the Toros. 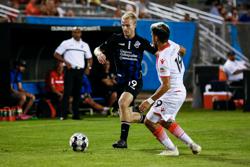 “We just need to find comfort in being at home and work on things that we have been working on all season,” said former Air Force Academy Falcon Tucker Bone.  “We have to stay together as a team.”