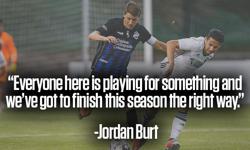 For the first time in their history, the Colorado Springs Switchbacks FC head to The Sun City as they face the El Paso Locomotive FC this Saturday evening at Southwest University Park in far west Texas.

El Paso return home for Saturday’s match after a mini two-game road trip that started with a 3-0 win against the Las Vegas Lights on September 7th at Cashman Field.  The Locomotive fell 2-0 to Orange County SC last Saturday evening at Championship Soccer Stadium on the site of the former Marine Corps Air Station El Toro in Irvine, California.

Berlin-born former United States international Jerome Kiesewetter leads the Locomotive in goals with eleven and notched a brace in El Paso’s 2-0 win over the Switchbacks at Weidner Field on May 4th in Colorado Springs.  Colombian Sebastián Velásquez remains the on-field general who dictates El Paso’s pace of play from midfield alongside Irishman Richie Ryan. 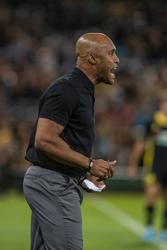 “We have to deny Kiesetwetter service,” said Switchbacks Interim Head Coach Wolde Harris. “Again, it will be important that we stay compact in the middle and not allow Velásquez to create.  [Omar] Salgado and [Nick] Ross are two players that we have to deny space so our compactness is going to be a big issue this weekend. We need to turn over the ball high against El Paso and get in behind them when we do.  At times on Saturday we looked good and we created chances but we weren’t as consistent and dangerous as we’d like to have been. We’ve seen El Paso on film and it looks like it will be another place that’s got a good atmosphere – this week we’ll need to stay positive and go there knowing that it will be a challenge.  We’ll see how this week goes – as a team we have the capacity to do well on the road in this league; we just have to make sure that we don’t allow mistakes to cost us. If we can cut out some of the things that have hurt us, we’ll be ok.”

“They’re a good team – I really respect the way they play,” said Switchbacks captain Jordan Burt.  “This weekend is a game against another opponent where we have to improve if we want to get points.  Everyone here is playing for something and we’ve got to finish this season the right way.”

The Switchbacks were given a boost in numbers for Tuesday morning’s training session as they welcomed back Abdul Rwatubyaye and Shane Malcolm.  Both players had been representing their respective national teams, Rwanda and Guam, in World Cup Qualifiers. Jamal Jack has returned seamlessly in the last few weeks to the Switchbacks’ lineup having injured his shoulder in the match against El Paso on May 4th in Colorado Springs.

Southwest University Park is shared between the Locomotive and the El Paso Chihuahuas of AAA baseball’s Pacific Coast League, meaning the Switchbacks will play their second consecutive away match at a minor league baseball stadium after visiting Isotopes Park in Albuquerque, New Mexico last Saturday.

“I don’t know exactly what to expect there,” said center back Kris Reaves when asked about the playing conditions at Southwest University Park.  “It’s a baseball field again and we know they’re a good team. We’ll need to match their energy and play well to go down there and get a result.” 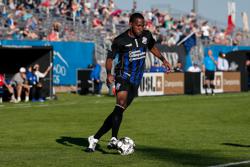 “We need to keep the ball and make sure we press together,” said Saeed Robinson.  “El Paso like to play out of the back so if we can break forward together, we can win the ball back high in midfield and create chances to score.”