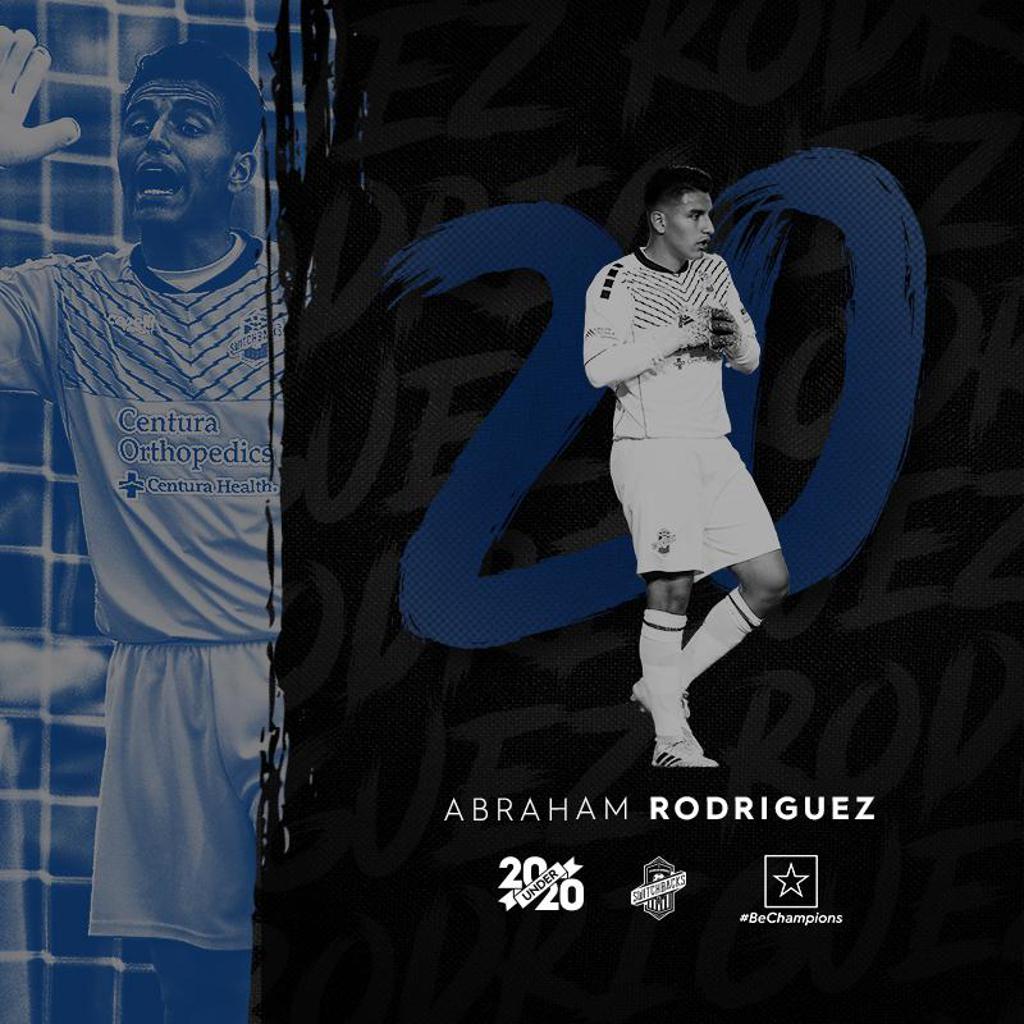 Colorado Springs, CO (October 1, 2019) – The USL Championship announced today that Abraham Rodriguez has been named to the annual "USL 20 Under 20" list.

This year is the fourth edition of the list that the USL Technical Committee puts together of the 20 best players in the USL Championship and USL League One all under the age of 20. Players who were born following this year's cutoff of January 1, 1999 have accounted for more than 2,250 appearances and almost 15,000 minutes of action across the Championship and League One this season, as more than 250 players have earned the chance to shine in 2019.

"First thing first, I'm very grateful with God for always being there with me," said Rodriguez. "I feel really happy and blessed and I want to thank my teammates and the staff who have been helping me develop."

Rodriguez comes in at number 20 after featuring in 14 games for the Switchbacks, making 49 saves, including two penalties. In his professional debut, Rodriguez turned heads with his 11 saves, including a penalty on Solomon Asante, to help the Switchbacks earn a 2-2 draw on the road against the league leaders in Phoenix Rising FC at the age of 16. That performance earned him USL Championship Player of the Week honors, making Rodriguez the second-youngest player to do so.

"The injury situation certainly influenced our timeline on Abe's introduction. The important thing for us was that he had proven repeatedly in preseason and every day in training that he had the maturity and skillset to be given the opportunity," said Switchbacks Team General Manager, Brian Crookham. "You never know exactly how a player will react the first time he gets thrown in, but we had the confidence that he was being put in a situation he could handle. In the end, his response was even better than we had hoped."

Rodriguez signed a professional contract with the Switchbacks on August 8, the first step on what could be a long professional career.

The Switchbacks are back for the final game in 2019 at Weidner Field on October 5th to face LA Galaxy II on Fan Appreciation Night. The first 1,000 fans in attendance will receive a free Switchbacks Drink Koozie courtesy of Creative Consortium as well as the fourth and final poster in the 2019 series. Full 16oz beers will be available for $1 for the first 30 minutes after gates open at 5:00 PM. Tickets start at just $12 and are available HERE. For the price of a Switchbacks ticket and 2-5 beers, it is cheaper than buying 2-5 beers at a bar or restaurant.