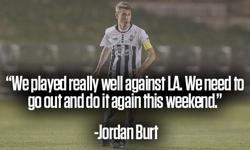 Fresh off a 2-0 win over the Los Angeles Galaxy II, the Colorado Springs Switchbacks FC head to the Great Pacific Northwest this Saturday evening to face the Tacoma Defiance at Cheney Stadium.

Former California Polytechnic State University Mustang Justin Dhillon is Tacoma’s leading goal scorer with twelve goals in the 2019 USL Championship season.  Dhillon notched a brace last Saturday as the Defiance defeated Fresno FC 4-1 at Chukchansi Park in Central California in a performance that earned Dhillon a place on the USL Championship Team of the Week.  Alfonso Oscampo-Chavez and Danny Leyva also scored for the Defiance, who are now unbeaten in their last two games. Tacoma will face a short turnaround after Saturday’s match against the Switchbacks as Head Coach Chris Little’s team will make their way to the Land of Enchantment for a match on Wednesday, October 16th against New Mexico United at Isotopes Park.

On June 8th, the Switchbacks ran away 3-0 winners against the Defiance at Weidner Field in Colorado Springs, behind goals from Jordan Burt, Logan Dorsey, and Ish Jome.  “It will be a hard-fought game,” said Switchbacks captain Jordan Burt. “It’s a great field up there – I’m looking forward to it. We just watched film; we played really well against LA.  We need to go out and do it again this weekend.” 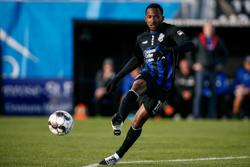 Matt Hundley and Saeed Robinson each scored terrific goals on Saturday evening at Weidner Field which led the Switchbacks to a 2-0 win over the LA Galaxy II and earned goalkeeper Andre Rawls a place on the USL Championship Team of the Week.  “I expect a tough game on Saturday – no one wants to be in last place,” said Saeed Robinson. “Tacoma could play some MLS players and we know they’ll be ready. I wouldn’t say I’m trying to impress anyone – I’m trying to play to the best of my abilities and do what I can to help the team win the last two games of the season.  It felt great to score against LA; especially after missing a couple really good chances, so there was a sense of relief and it gave me great energy.”

“Firstly: just familiarity.  Get to know the players, get to know the staff, obviously get settled,” said Switchbacks Head Coach Alan Koch when asked about his focus for the final weeks of the 2019 USL Championship season.  Koch will take charge of the Switchbacks for the first time during Saturday’s match in Tacoma. “We’re certainly not going to reinvent the wheel in the next two weeks, but slowly start to put in place some of my philosophical ideas in terms of how we want to play.  I was very happy with how the guys played and the plan Wolde put in place for the game on Saturday, so that gives us a bit of positive momentum and we’ll try to build on that and just enjoy the next two weeks with the guys while we’re evaluating and assessing. I think that’s the most important thing: evaluate and assess so we can build toward next year.”

“It was huge to get the win on Saturday especially as we need that boost and energy to finish the season,” said Rony Argueta.  “We definitely saw the energy of trying to impress the new coaching staff versus the Galaxy. The team was motivated and we played with positive energy and we need that again on Saturday.”

The Seattle Sounders – the Major League Soccer parent club of the Tacoma Defiance – will have the upcoming weekend off before they host FC Dallas in Round One of the 2019 MLS Cup Playoffs at CenturyLink Field in downtown Seattle on October 19th. 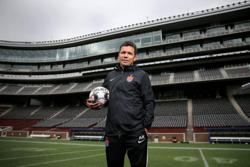 “For the most part Tacoma are a relatively young team,” said Head Coach Koch on Tuesday morning at the Pride Soccer Complex in Colorado Springs.  “They can be a hybrid obviously on how many players come down from the first team. They’ve picked up some very good results so they’re going to come to the game with a lot of confidence too, but for the most part of this phase of the next two weeks we’re really just going to be focusing on ourselves as much as possible and seeing what’s working and what’s not working and then get to the end of the season and really reflect and then work on making sure we have the right plan for next year.”

The Switchbacks will finish their season with a visit to San Antonio FC in the Alamo City on October 19th at Toyota Field.