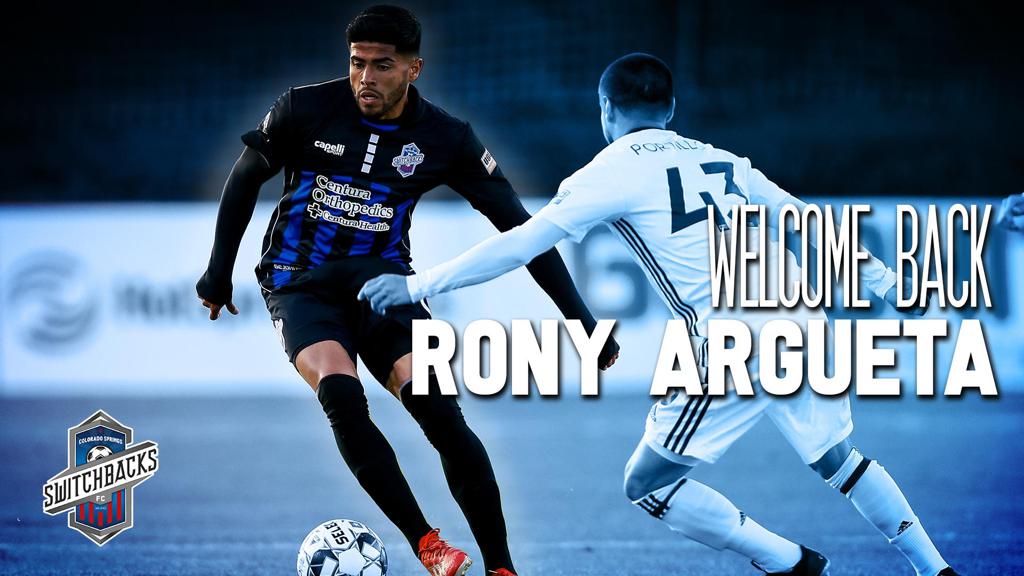 "It is a pleasure to welcome Rony back for another season with the team. He has been a mainstay of the club for many years and is going to be a rock in our midfield again this season," said Switchbacks Head Coach, Alan Koch. "Rony is the consummate professional and is always willing to learn. He is a pleasure to manage and I look forward to getting the most out of him this coming season."

Argueta notched a goal and three assists in 31 appearances last season for the Switchbacks. The central midfielder is entering his fifth season with the club after serving as team captain during the 2017 campaign.

"It's a blessing to have another opportunity to play the beautiful game at a high level," said Rony Argueta. "I'm thankful to Switchbacks FC and the staff for the opportunity."