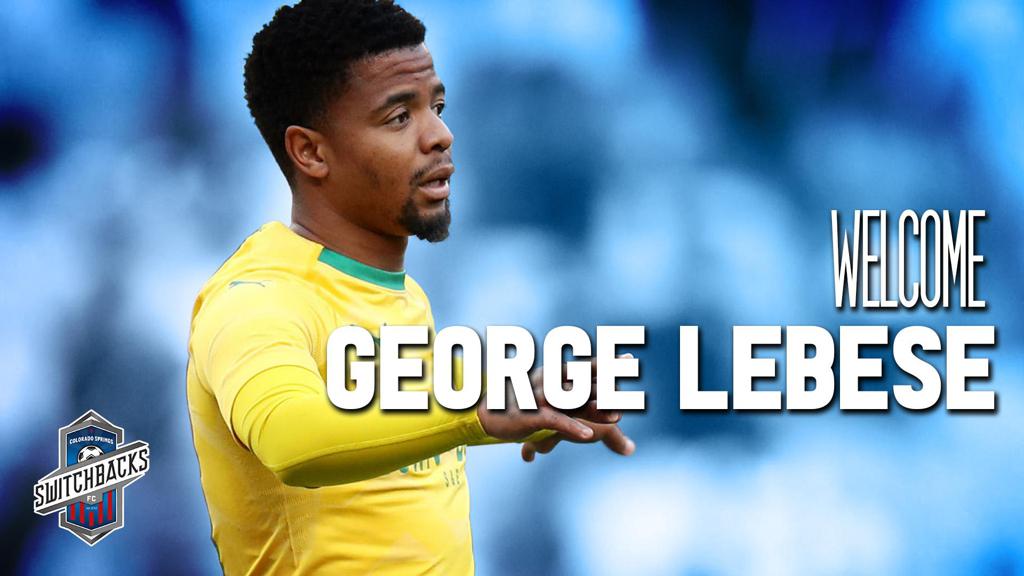 "It's a great honor and blessing to be given this opportunity to join the Switchbacks family," George Lebese said. "I can't extend my sincere gratitude and above all, I just want to thank God for everything."

Lebese, 30, has spent his entire career in the South African top division, the ABSA Premiership. The winger scored a total of 24 goals in 157 appearances between two of the top teams in South Africa in the Kaizer Chiefs (2008-2017) and the Mamelodi Sundowns FC (2017-2019). Lebese has earned five call ups to the South African National Team from 2011 to 2015.

"George is a player that we are incredibly excited about. He is in need of a fresh opportunity after many years of success in the South African Premier League. We look forward to supporting him and helping get his confidence back," said Switchbacks Head Coach, Alan Koch. "When George is flowing, the team is flowing. He is going to be an integral part of our new-look team and he has the ability to unlock the opposition's defense through his vision and passing ability."