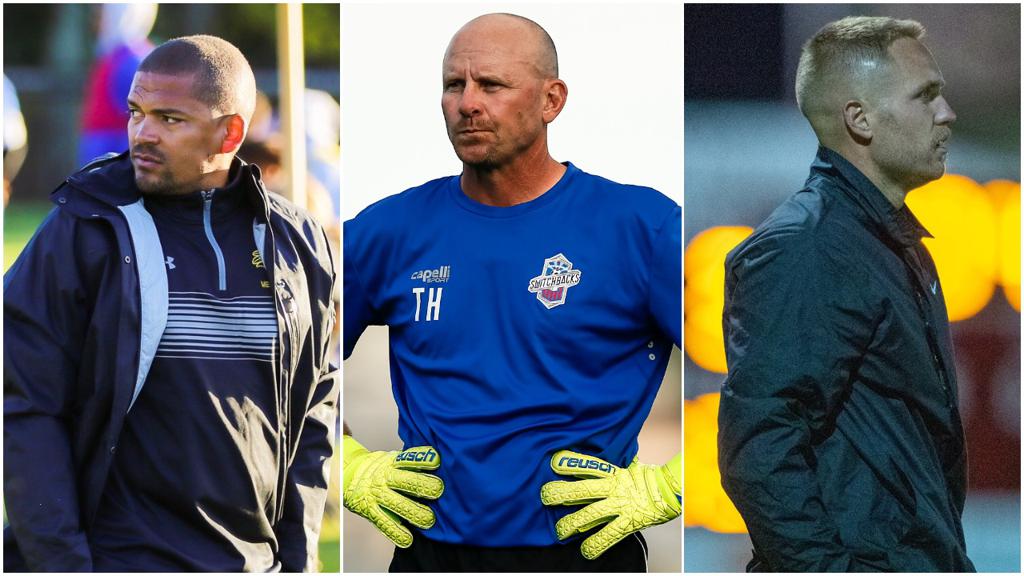 Colorado Springs, CO (December 23, 2019) – The Colorado Springs Switchbacks FC announced today that the club has updated it's technical staff with the additions of Kyle Timm and Chase Robertson, and the return of Trey Harrington. 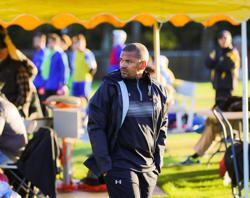 Kyle Timm is the first new Assistant Coach for Alan Koch's technical staff. Timm was previously an Assistant Coach at Coastal Carolina University since 2017. Since his arrival at Coastal, several of his recruits have received all-conference honors.  Prior to his time at Coastal, Timm spent five seasons at Tyler Junior College where they organized three National Championship teams and two National Runner-Up teams in just 5 seasons. In 2014, he became a member of the National Junior College Athletic Association (NJCAA) Soccer Hall of Fame and in 2016 he was named the NSCAA National Assistant of the Year.

"It is more than a privilege to be a part of the Switchbacks staff and to work alongside Alan in the upcoming season," said Timm. "I look forward to getting started and attaining the goals that have been set out for the club!"

The South African native also played for Tyler Junior College from 2006 to 2008 where he received the honors of First Team-All American (2007), All-Conference (2006 & 2007), and First-Team All-Region (2007). The former midfielder went on to play Clayton State University where he was named First Team All-Conference, the Peach Belt Conference Player of the Year (2009), and he was named to the All-Peach Belt team (2008).

"I am very excited to get to work with Kyle. I have seen from afar the excellent work he has done with the players in the junior college and the NCAA D1 ranks," said Switchbacks Head Coach, Alan Koch. "He not only is an excellent coach, but also develops amazing relationships with the players that he works with. This level of commitment to the players is what it will take to set our team up for success." 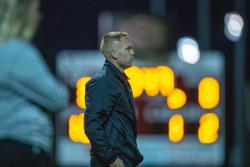 Chase Robertson is the second new addition to the Switchbacks' technical staff for 2020. He will join the club as an Assistant Coach and Equipment Manager. Robertson was previously an Assistant Coach at Midwestern State University since 2018. In 2018, MSU Texas extended the fourth-longest unbeaten streak (35 matches) in NCAA Division II history while Robertson assisted in coaching a pair of D2CCAA All-Americans.

"This opportunity to work with the Switchbacks and work closely with Alan and the rest of the staff was something I knew I couldn't pass up," said Robertson. "When speaking with Coach on the phone, I immediately felt the passion and desire he has for football and for this club, and I am certain that with Alan at the helm, the Switchbacks will find success. I'm very ready to get to work and looking forward to a good 2020 season."

The former defender earned three letters at MSU Texas (2011-2014) as well as honorable mention All-American honors as a player in 2013.

"Chase is joining us from one of the best NCAA D2 programs in the nation. He is a young up and coming coach who I am excited about integrating in to our club," said Switchbacks Head Coach, Alan Koch. "His willingness to roll up his sleeves and impact every part of the team is an indication of his desire and commitment to team success. Both of these coaches will play a major part of our team and I am excited to welcome them to Colorado."

Trey Harrington will be returning as the Switchbacks' Goalkeeper Coach in 2020. This will be Harrington's sixth season as he started in the club's inaugural season in 2015.

"I am excited to be back with the club for another season," said Harrington. "I am looking forward to the new look that Coach Alan is bringing to the club."

Coach Harrington is a member of the Evansville Purple Aces Hall of Fame. Harrington played for the Purple Aces from 1989-1992 where he earned NSCAA 2nd Team All-American honors in 1990. He was then named as an alternate for the 1992 US Olympic team. in 1990, he set the record for goals allowed (7), goals against average (0.26), minutes (2,389) and solo shutouts (14). He also holds the school record for most all-time saves (248) and tied for most solo shutouts (34). Harrington went on to play professionally for the Colorado Foxes for 6 years before moving on to coaching in 1997. He was most recently the Director of Goalkeeping of the Colorado Storm before joining the Switchbacks in 2015.

"I am also very excited to bring Trey Harrington back as our keeper coach," said Switchbacks Head Coach, Alan Koch. "Trey has done an excellent job with the Switchbacks keepers over the last few years and I am excited to work with him. We will entrust him with the development of our keepers."