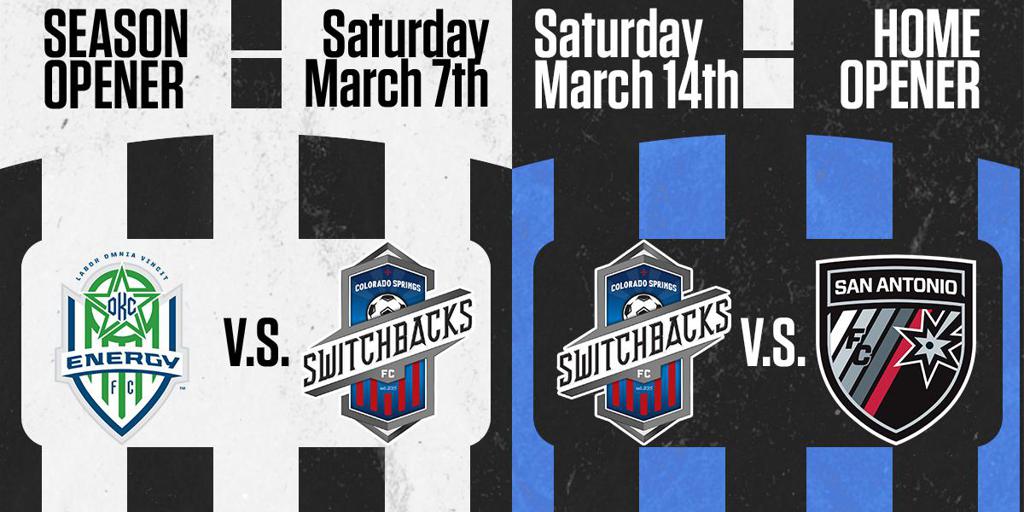 The Colorado Springs Switchbacks FC will open league play in the USL Championship on March 7th when the team travels to Oklahoma City to face the Energy FC. The Switchbacks home opener is set for March 14th where the team will face San Antonio FC in a rematch of 2019's final game of the season that resulted in San Antonio missing the playoffs.

TAMPA, Fla. – The United Soccer League today announced the home openers for all 35 clubs in the USL Championship, with the league’s 10th anniversary season set to kick off on Friday, March 6.

The 2020 campaign opens with a Friday doubleheader that will feature three teams that reached the postseason in the Western Conference last season, with Orange County SC set to host El Paso Locomotive FC in the opening game at Championship Stadium in California before Tacoma Defiance takes on Reno 1868 FC at Cheney Stadium.

The first Saturday of the season contains plenty to watch for, too, with perennial playoff contenders North Carolina FC hosting Louisville City FC and the New York Red Bulls II hosting the Tampa Bay Rowdies. In the Western Conference, Real Monarchs SLC will open its title defense on the road against San Antonio FC, while two sides that reached the postseason in their inaugural seasons will kick off their second campaigns when Austin Bold FC hosts New Mexico United.

Other notable home openers include the first game at home for defending champion Real Monarchs SLC, which welcomes 2019 Regular Season Title-Winner Phoenix Rising FC to Zions Bank Stadium on Saturday, March 14, while Miami FC and the Tampa Bay Rowdies will meet for the first time in the USL Championship on Friday, March 13 at Riccardo Silva Stadium.

Louisville City FC will be the visitor for two early 2019 Eastern Conference playoff rematches as it visits Pittsburgh Riverhounds SC on Saturday, March 21 at Highmark Stadium and then takes on Indy Eleven on April 4 at Lucas Oil Stadium. The two-time champion will then open its new 11,700-seat Lynn Family Stadium on Saturday, April 11 as it plays host to Birmingham Legion FC, kicking off a new era for the club as it aims to reach the USL Championship Final for an unprecedented fourth consecutive season. 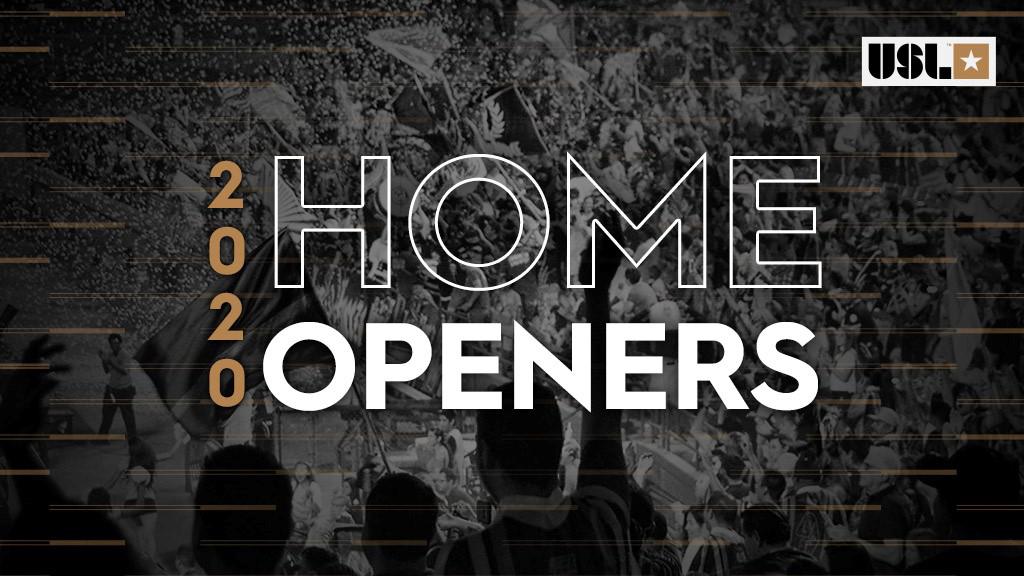