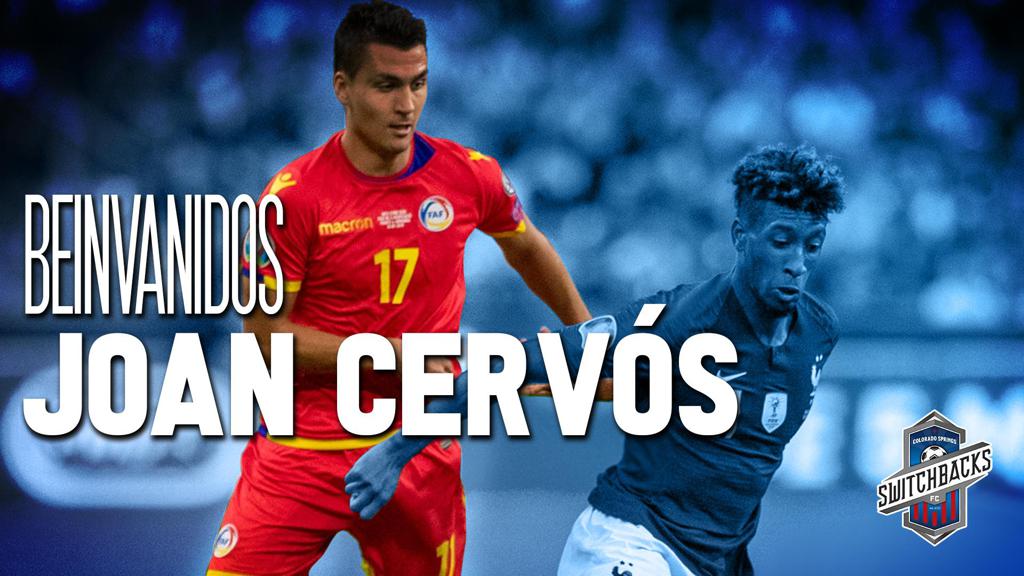 "I'm very excited to start playing for the team," said Cervós. "I think it's a great opportunity and I will give all that I can to contribute to the team to achieve good results."

Cervós, 21, most recently has played for FC Andorra in the Segunda Division B, the third tier of soccer in Spain. The young left back has made 47 appearances in his professional career with FC Andorra and FC Santboiá since his debut in 2017.

In International play, Cervós has made two appearances for the Andorran senior national team after playing for the various youth national teams since 2013.

"Joan has had an excellent start to his professional career with his club and national team. He has excellent experience for a young player and his national team exposure will help him transition to being in a new environment and embracing a different style of football," said Switchbacks Head Coach, Alan Koch. "We look forward to welcoming him to Colorado Springs and integrating him into his new environment."