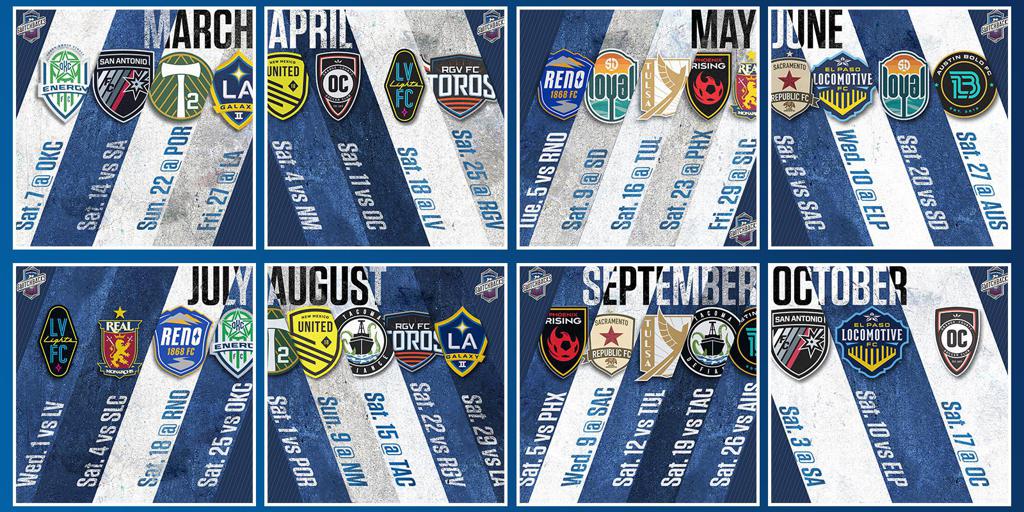 The Colorado Springs Switchbacks FC will play 34 games in total in 2020, 17 away and 17 home at Weidner Field.

The Switchbacks home opener is set for March 14th where the team will face San Antonio FC in a rematch of 2019's final game of the season that resulted in San Antonio missing the playoffs.

The Switchbacks will be kicking off a summer full of fireworks with seven games for the upcoming season to be followed by a fireworks show.

The Switchbacks will also be playing on the Fourth of July again when the Real Monarchs SLC come to Colorado Springs, followed by the biggest fireworks show of the year! 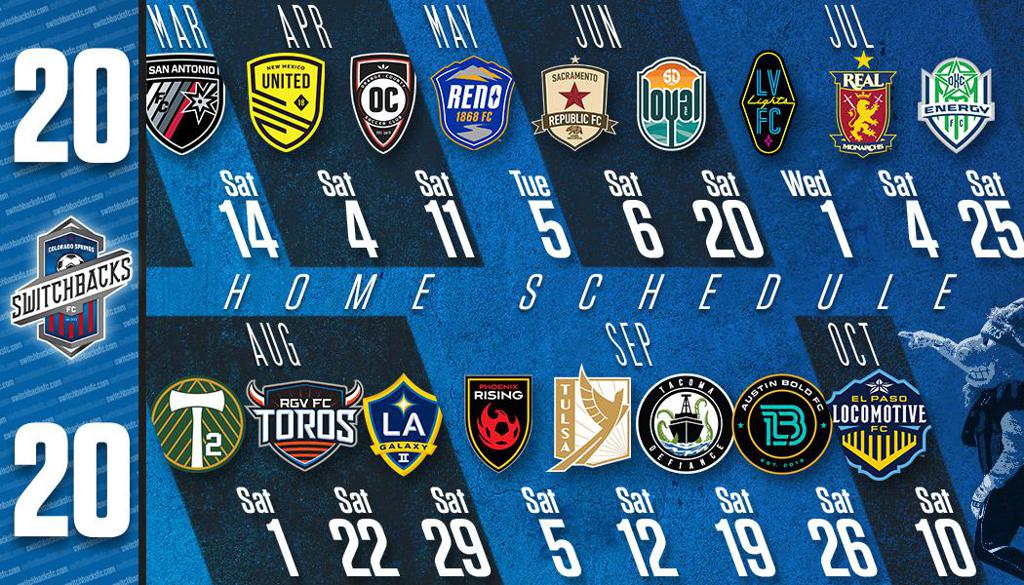 TAMPA, Fla. – The complete schedule for the 10th anniversary season of the USL Championship was announced by the United Soccer League today with 35 teams set to play 595 regular season contests over 33 weeks ahead of the 2020 USL Championship Playoffs that begin in October.

As previously announced, the 2020 campaign will open on the weekend of March 6-8 with a 16-game slate that includes a marquee matchup Saturday, March 7 when expansion side San Diego Loyal SC hosts Las Vegas Lights FC at Torero Stadium.

The opening weekend begins a 34-game regular season for every club in the league that will see each team in both the Eastern and Western Conferences play home-and-home contests against every opponent in their respective division. In the 17-team Eastern Conference, the remaining two games of the schedule will be completed with contests against regional rivals.

The regular season will conclude on Saturday, October 17 with 17 contests that will see the final playoff places and seeding decided ahead of the postseason. Among the high-profile contests slated for the final day of the campaign is a Western Conference clash between Sacramento Republic FC and Phoenix Rising FC at Papa Murphy’s Park and an Eastern Conference showdown between Louisville City FC and North Carolina FC at Lynn Family Stadium.

Overall, 385 games in the 2020 USL Championship regular season will be played on Saturdays, with a total of 509 games – 85 percent of the league’s schedule – being held on Fridays, Saturdays and Sundays.

The 2020 USL Championship Final to conclude the league’s 10th anniversary season will be held between November 12-16 and aired on an ESPN broadcast network.