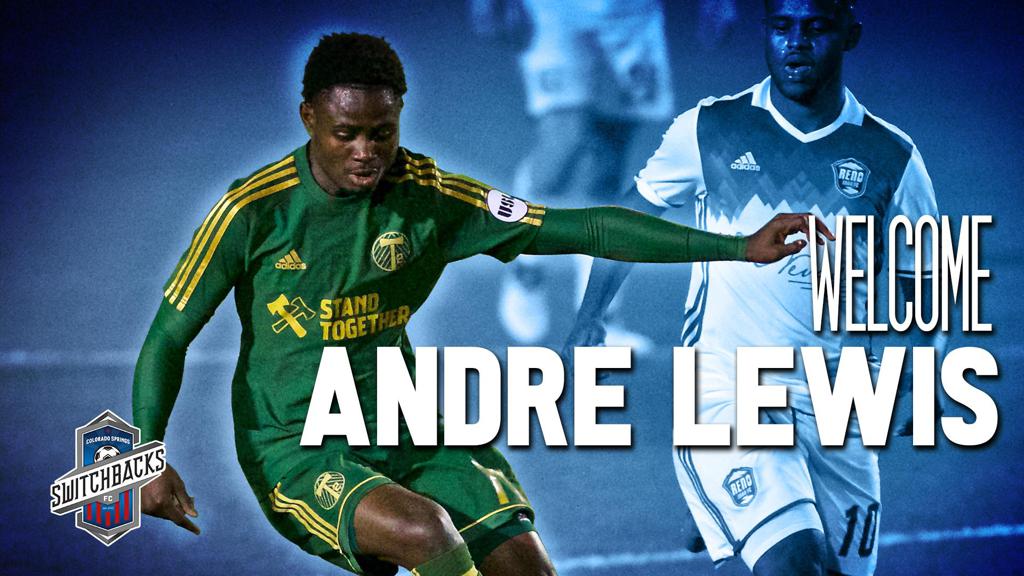 "I'm excited to join the team and I'm looking forward to play for the Switchbacks in 2020," said Andre Lewis. "Alan Koch is a coach that I had and know for quite some time from my time back in Vancouver in the MLS. I know that the Switchbacks are an ambitious team and I'm coming with my experience and knowledge to try and help the team push into the playoffs and push for a title in 2020."

Lewis, 25, is a creative attacking midfielder with USL Championship experience. He was a standout for the Jamaican U-17 and U-20 youth teams before playing for Portmore United in Jamaica. Lewis was drafted 7th overall in the 2014 MLS SuperDraft by the Vancouver Whitecaps FC (MLS) before being loaned out to the Charleston Battery (2014) and Vancouver Whitecaps 2 (2015). The Jamaican native played for Portland Timbers 2 from 2016 to 2018 before spending the 2019 season back with Portmore United. In his professional experience, Lewis has eight goals in 107 appearances.

Lewis has also has three caps for the senior Jamaican National Team after making his international debut against Honduras in February 2017.

"Having worked with Andre a few years ago in MLS with the Vancouver Whitecaps, it is a pleasure to get to work with him again," said Switchbacks Head Caoch, Alan Koch. "He is a talented player who has all the athletic and technical skills to be successful in our midfield. His range of passing is excellent and his infectious personality is a major energy driver for those around him. I don't think he has reached his capacity yet in his career, and we will push him every day to reach higher performance levels."