Colorado Springs, CO (January 15, 2020) – The Colorado Springs Switchbacks FC announced today that the team will be going to Zions Bank Real Academy in Herriman, Utah for the second annual Wasatch Winter Cup. Together with Real Monarchs SLC, Louisville City FC, and USL League One expansion side Union Omaha, the Switchbacks will play in the All-USL preseason tournament ahead of the club's sixth season in the USL Championship.

"We are incredibly excited to play in this pre-season tournament," said Switchbacks Head Coach, Alan Koch. "To get to play both of the finalists from last year's USL Championship Final and also a new franchise in Omaha is going to make the week in Utah exciting and productive. It will give our new group the exposure to high level competition that we will need to prepare for a challenging 2020 season. I look forward to seeing how our players and the team respond to each match."

The Switchbacks are the defending champions of the Wasatch Winter Cup after winning the inaugural preseason tournament in 2019. The matches will begin Sunday, February 16th with the tournament running through Saturday, February 22nd. All matches are scheduled to be played inside Zions Bank Stadium, pending inclement weather. All Wasatch Winter Cup matches will be free and open to the public.

Additionally, the full Switchbacks preseason has been set on both sides of the Wasatch Winter Cup leading up the USL Championship season. The Switchbacks will travel to take on the Colorado Rapids u19 DA (Feb. 5), New Mexico United (Feb. 8), and Air Force Academy (Feb. 29). The Switchbacks will host Denver University on March 1 at Weidner Field in the final tune-up game and tickets will be available soon. 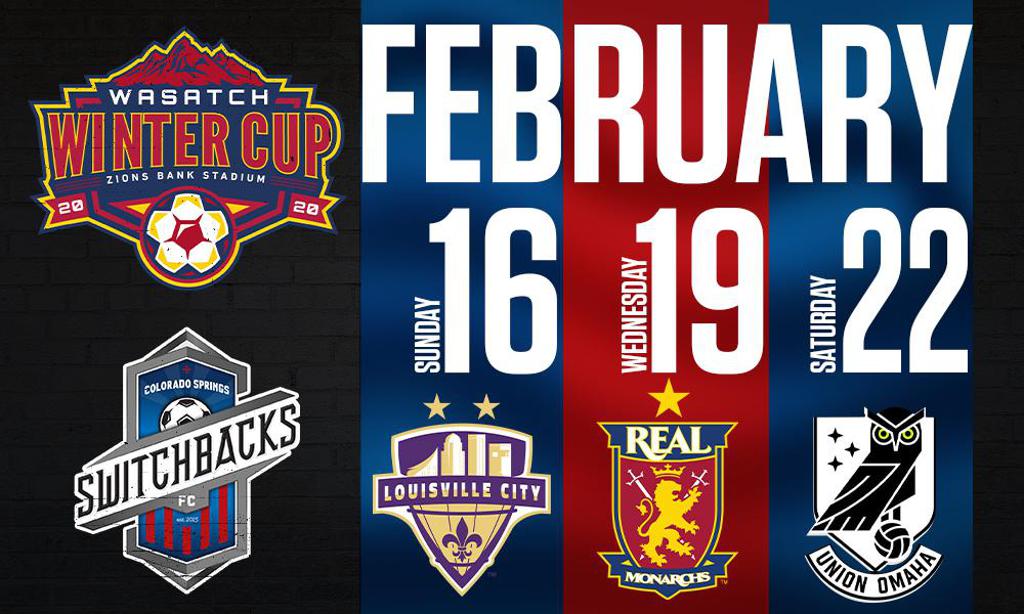 The Switchbacks will begin its sixth season in the USL Championship on Saturday, March 7th at OKC Energy FC before returning home to face San Antonio FC on March 14th at Weidner Field. All matches will be carried live on ESPN+ with ticketing information to be announced at a later date.