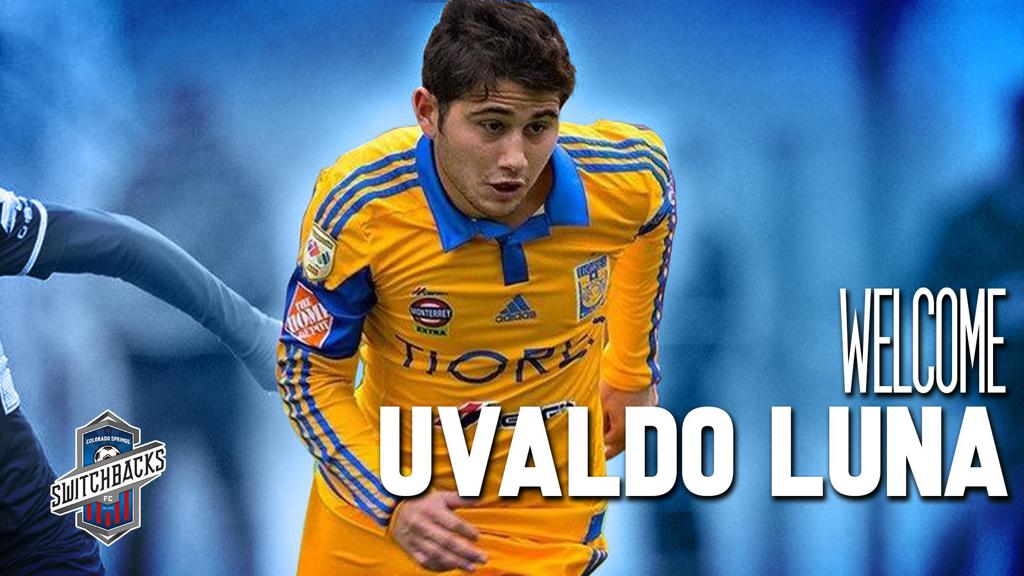 "I'm grateful for this opportunity and willing to give it my all for this team with the best mindset to do things right, and I'm happy to start this new challenge," said Luna. "I'm looking forward to a successful season with my team."

Luna, 26, has played professionally in Mexico with Tigres UANL and Atlas as well as Columbia with Patriotas, Once Caldas, and Unión Magdalena. The Texas native got his start in the Tigres UANL Youth Academy before making his senior team debut in 2013. The attacking midfielder has eight goals in 79 professional appearances.

Luna has also been called into a couple of United States Youth National Team training camps at the U-18 and U-20 levels before playing for the Mexican Youth National Team in the 2013 FIFA U-20 World Cup in Turkey where he scored a goal against Mali.

"We are incredibly excited to welcome Uvaldo to the Switchbacks," said Switchbacks Head Coach, Alan Koch. "He continues the trend of what we are building with his technical ability and also has the dynamic ability to be a game-changer for us this season. After positive experiences in Mexico and Columbia, it's going to be exciting to see what he can do on the American soccer landscape."