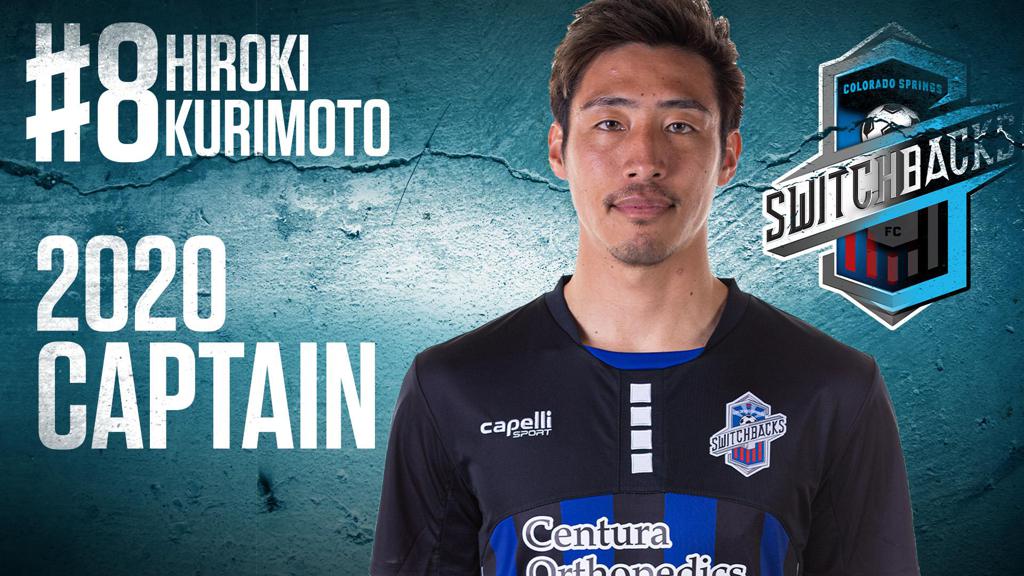 Colorado Springs, CO (February 28, 2020) – The Colorado Springs Switchbacks FC officially announced today that Hiroki Kurimoto will be the team captain for the 2020 season.

"Hiroki is a leader who leads through his actions," said Switchbacks Head Coach, Alan Koch. "He shows up for work every day and deals with everything that gets thrown his way. He is a consummate professional and an excellent role model for our young players. He is technically excellent and is a vital link for our team in and out of possession. We know that he will lead our team with bravery and in a way that is fitting of being the leader of our team."

Kurimoto is in his first year with the Switchbacks after most recently playing for Fresno FC in 2019 after he stood out at their open tryouts in preseason and earned a post on the team. But he didn't just fill a roster spot, Kurimoto became a centerpiece in the midfield again as he appeared in 29 games for the Foxes.

Kurimoto, 29, was a two-time league MVP (2016 & 2017) while at Honda FC in the fourth-division of the Japan Football League (JFL). The midfielder was a centerpiece in Honda FC's lineup where he made 172 appearances over six seasons, accumulating 34 goals and 45 assists. In his time at Honda FC, Kurimoto helped the club to a JFL Championship in four of his six seasons (2014, 2016, 2017, & 2018) as well as being selected to the league's Best Eleven squad in each of his last four seasons at the club.

"I am honored to captain the team this season and represent Colorado Springs," said Kurimoto. "We have big potential and a lot of talent. We are preparing for the season to get great results and to show excellent soccer. I want everyone to be happy, so please come to the stadium and let's enjoy this season!"

The Colorado Springs Switchbacks FC will open league play in the USL Championship on March 7th when the team travels to Oklahoma City to face the Energy FC. The Switchbacks home opener is set for March 14th where the team will face San Antonio FC in a rematch of 2019's final game of the season that resulted in San Antonio missing the playoffs. Tickets are available HERE.