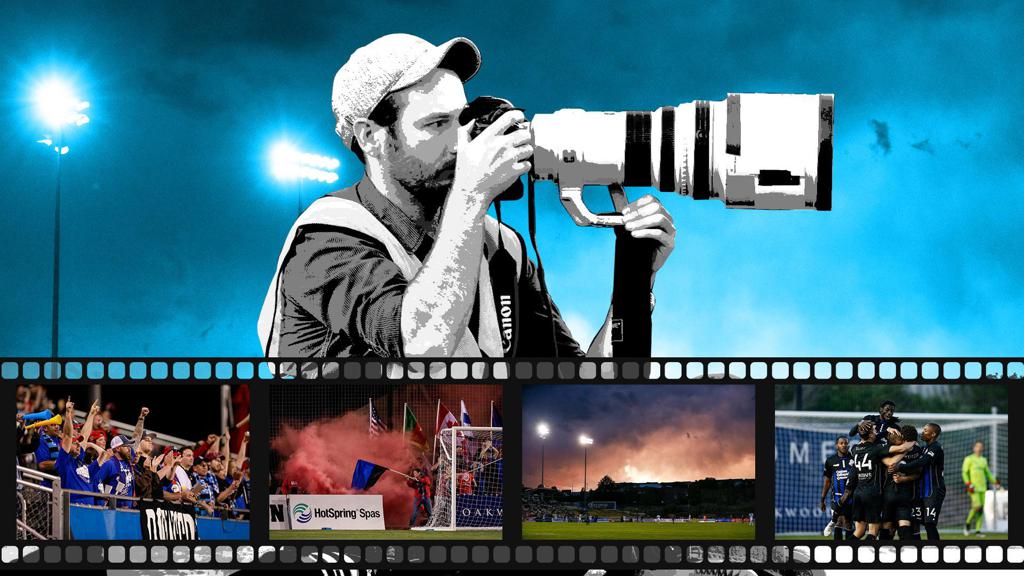 Colorado Springs Switchbacks team photographer, Isaiah Downing, has been honored by the Pro Football Hall of Fame with the Dave Boss Award of Excellence for his photo "Air Allen" captured during the Broncos-Chargers game on December 1, 2019.

Downing's photo was selected by a panel of judges as the Photograph of the Year for the 2019 National Football League Season. "I didn't really think much of the photo when I saw it. I knew the play was big and seeing Keenan Allen go horizontal in the air was cool," said Downing. "I almost didn't submit the photo on gameday but ultimately sent it in and left it up to my editors to decide. It ended up going out to clients and liked it."

The Colorado Native has been the official team photographer of the Colorado Springs Switchbacks since the clubs inaugural year in 2015. "To see the club grow and the fans at all the home games, it's like a little family for me," said Downing. "I always look forward to gameday because I get to see all of these people that I really care about!"

Downing is also very involved in the rest of the Colorado sports scene covering the Colorado Rapids, Denver Broncos, Denver Nuggets, Colorado Avalanche,  Colorado Rockies, and collegiate sports for USA Today. Downing's "Air Allen" photo was the first-place winner in the Action category, and he’s now set to be honored at the Enshrinee Roundtable scheduled for August 9th as part of the Pro Football Hall of Fame Enshrinement Week.

The USL Championship has set a provisional return to play date of July 11.