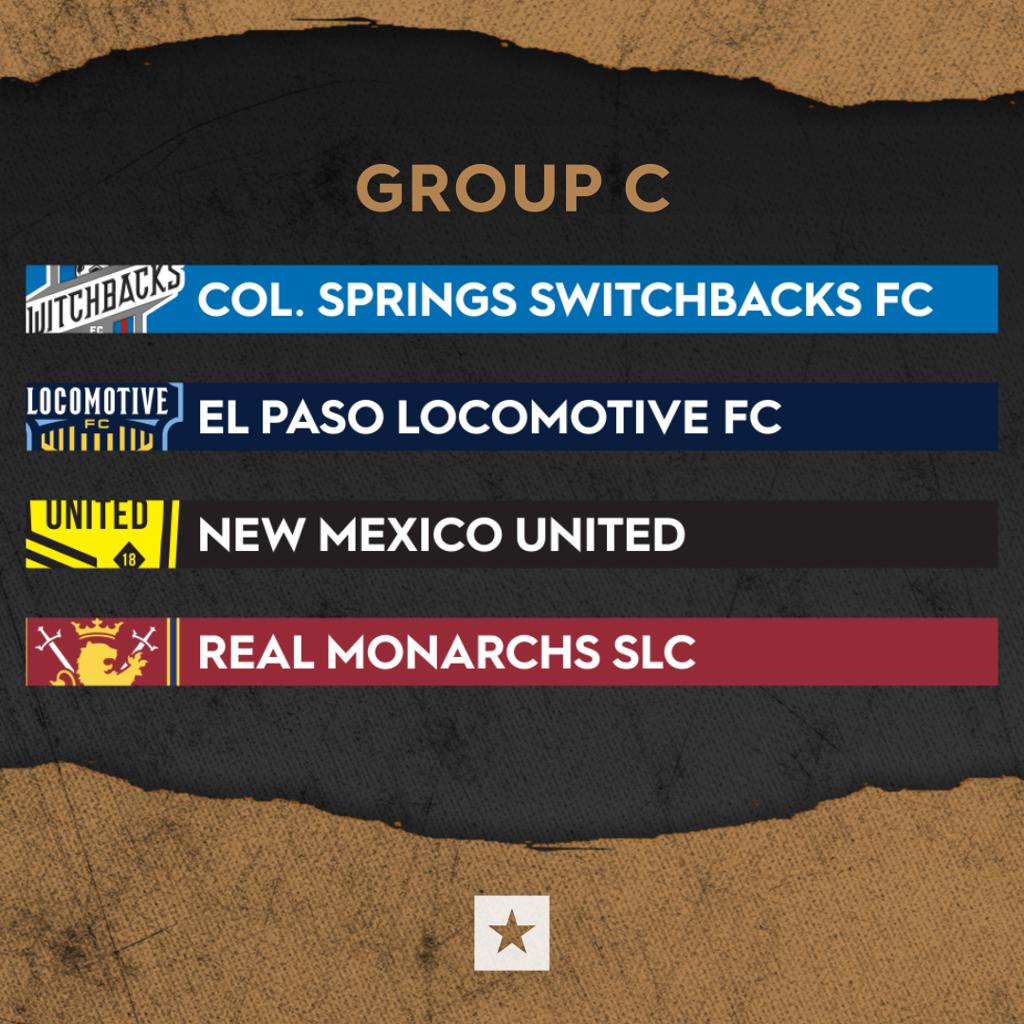 Tampa, FL (June 25, 2020) – The USL Championship announced today the groups made up of teams from the Western Conference that will battle for a place in the 2020 USL Championship Playoffs when the league returns to play on Saturday, July 11. The Colorado Springs Switchbacks FC were placed in Group C alongside El Paso Locomotive FC, New Mexico United, and Real Monarchs SLC.

As detailed in the Championship’s announcement of the updated season structure, each team in Group C will play its fellow group members four times during the regular season. The remaining games will be played against teams that fall within a similar geographic region.

The USL Championship previewed Group C as games are set to begin in just over two weeks. Top to bottom, this might be the most competitive group in the West. Not only do you have the defending USL Championship Final-winning Real Monarchs SLC, but also its opponent in last year’s Western Conference Final in El Paso Locomotive FC. Add in another postseason participant in New Mexico United, and a Colorado Springs Switchbacks FC side that looked rejuvenated in an opening-night win under Head Coach Alan Koch, and it’s clear that every point is going to matter.