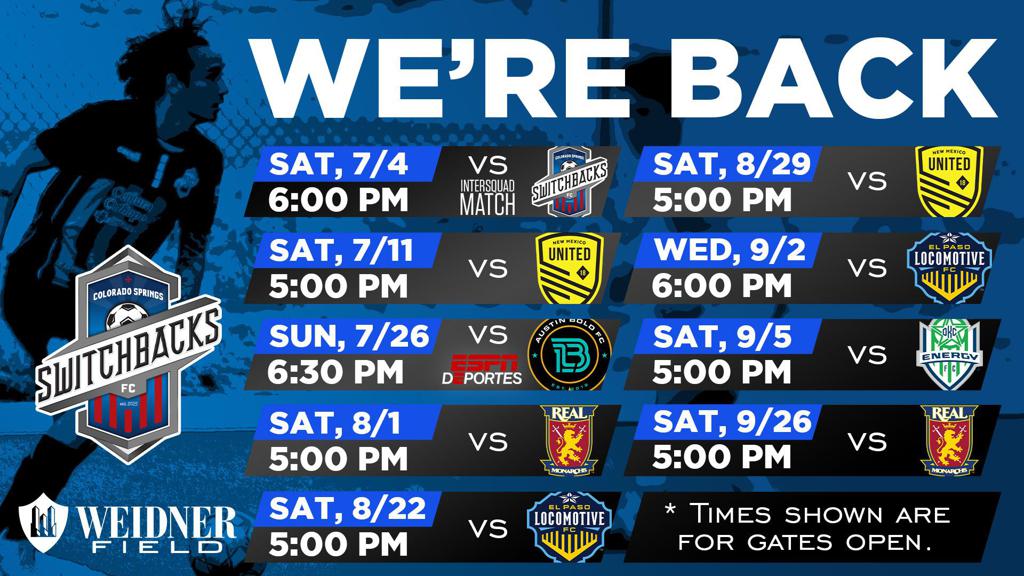 The Switchbacks start off July with an intrasquad match at Weidner Field on July 4th with the Oakwood Homes Fireworks Extravaganza following the game. The Home Opener for the 2020 season is July 11th as New Mexico United come to Colorado Springs. The Switchbacks travel to play Real Monarchs SLC before returning home to face Austin Bold on July 26th on ESPN Deportes.

August and September are busy months for the Switchbacks as they play 11 games in just two months, hosting six and traveling for the other five games. The home finale is September 26th as the Real Monarchs SLC come to Colorado Springs before the Switchbacks travel to take on FC Tulsa on October 3rd to close out the 2020 regular season.

Every game of the 2020 USL Championship season will air on the ESPN family of networks, with broadcasts on ESPN2, ESPNews, ESPN Deportes and ESPN+ bringing all the excitement of the first league in the United States to return to play in home markets directly to homes across the United States.