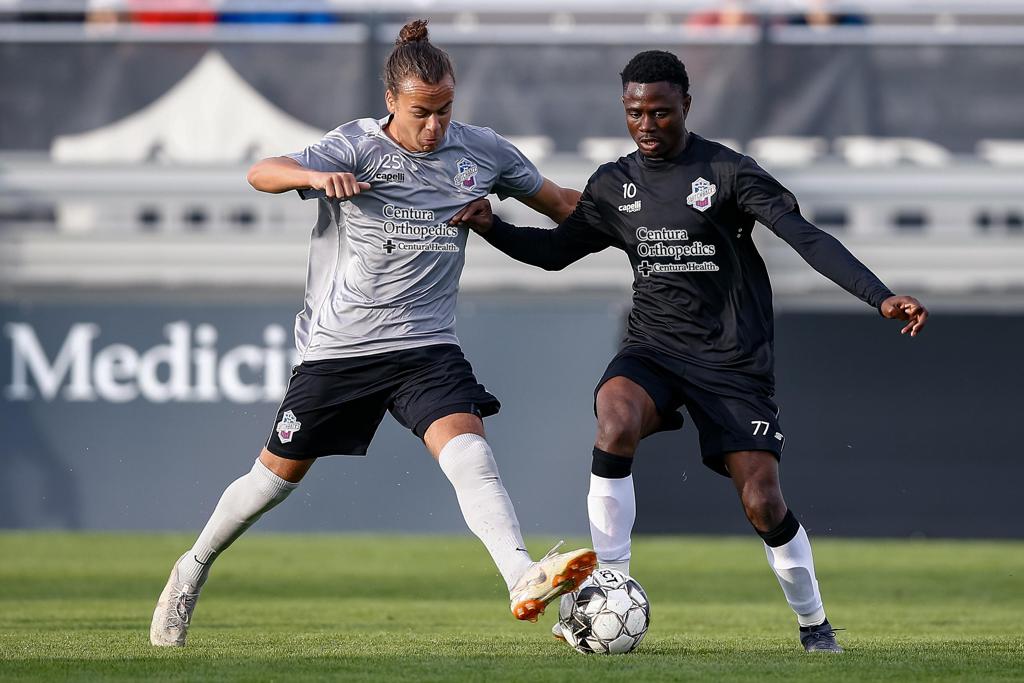 By: Cody Costra
Colorado Springs, CO (July 4, 2020) – The Colorado Springs Switchbacks FC played an intrasquad match on the Fourth of July where the gray squad defeated the black squad 2-0 from set-pieces.

The game started quickly for the black squad as Aidan Daniels fired off a shot from 25 yards out that came back off the crossbar. However, the gray squad got on the board in the 22nd minute as Luke Ferreira slotted home a penalty. In the second half, Will Vint doubled the gray teams lead with a perfectly placed free-kick over the top of the wall and into the top corner of the goal.

"It was absolutely vital tonight for all of us to go through a dry run. I think it was imperative for operations, stadium personnel, coaching staff, players, for everybody. We haven't played a home game yet," said Switchbacks Head Coach, Alan Koch. "I think we can get some of the challenges out of the way and hopefully come back and put in a good showing next week and get three points."