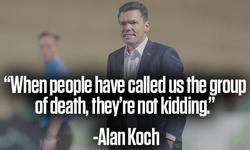 March 7th saw the Switchbacks pick up a valuable 2-1 win over the Oklahoma City Energy FC at Taft Stadium in the Sooner State behind a Christian Volesky opener and an own-goal from Tucker Stephenson. 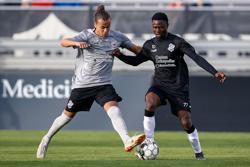 On the Fourth of July, the Switchbacks played a scrimmage at Weidner Field, with Luke Ferreira and Will Vint each finding the net.  “You know it’s funny; a few weeks ago we spoke with our team about how a lot of the time in training and with the inter-squad games the so-called second group could come in hungry and fired up and they’d beat the first group but that didn’t happen in training,” said Switchbacks Head Coach Alan Koch.  “But the other night in the inter-squad game it definitely happened.  You could see the guys that were the so-called second group – because the groups were mixed a little bit – they definitely had a fire in their belly and they wanted to prove a point so it gave us more questions coming out of that game than answers.  We’ve got four big preparation days this week and whoever steps up to the plate and shows that they deserve to play this weekend will play against New Mexico.”

Tuesday evening awarded the Switchbacks an opportunity to train under the floodlights at Weidner Field.  “There’s two reasons we’re doing it,” said Head Coach Koch.  “A lot of our players haven’t played many games in the evening at Weidner Field so it just allows them to get used to the facility and the lights and everything else.  And then the second part is just that when you only train in the morning and then all of a sudden you play a game at night your whole body rhythm and everything gets thrown off.  That’s why we had the inter-squad game at night and why we’re training at night so they can be aware of sometimes you can sleep in a bit longer and you adjust your meals during the day to prepare yourself for an evening session.” 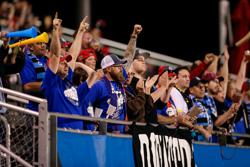 “I think the awesome thing about Saturday was just having some support – obviously provided we’re being very smart about it and social-distancing and people are making good decisions,” added Koch.  “It’s nice to have some supporters in the stadium.  In an ideal world, we’d love everybody there but to have some support gives a bit of energy and it makes it feel like a professional sporting event as opposed to when you’re not playing with fans when it can be a bit of a bland experience.  You’re still playing the game of course but this sport is a lot better when you have people in the stands.”

New Mexico United fell 1-0 to Austin Bold FC on March 7th in Texas’ capitol city.  André Lima notched the winner from the penalty spot in the 52nd minute in a game that saw New Mexico’s Chris Wehan and Devon Sandoval held scoreless despite giving glimpses of their talented offensive partnership.  Wehan, who likes to operate in the space just behind the center forward, returned to The Land of Enchantment after stints with Reno 1868 and the San Jose Earthquakes following a standout career at the University of New Mexico under Head Coach Jeremy Fishbein. 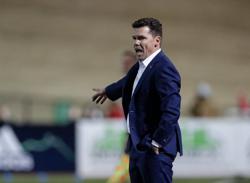 “We’ve looked at it,” said Switchbacks Head Coach Alan Koch when asked about New Mexico’s loss to Austin on March 7th.  “Straight after our first game the pandemic broke out so we watched everybody play – partially just doing our jobs and partially out of boredom.  We’ve gone and watched New Mexico’s game again recently and it’s only one game so it’s a very small sample size but I think we wouldn’t be preparing our team properly if we didn’t watch that game.  New Mexico could be the best team in the league for all we know, so we’ll see a couple different traits and trends from that game, but I’ve also gone and watched their games from last year and let’s not kid ourselves; they’re one of the bigger teams in the league now with huge support and a huge fan-base.  They made the playoffs in their first year and they’ve re-loaded and brought in some quality players so when people have called us the group of death they’re not kidding.  Every team is going to be a challenge and New Mexico is a top team.”

Goalkeeper Ben Beaury will not be available for New Mexico United on Saturday at Weidner Field after being loaned out to Reno 1868 FC on Monday evening.  Former Clemson Tiger Cody Mizell seems certain to start between the sticks for the visitors against the Switchbacks.  United States youth international Mizell has a wealth of experience after stints with the Tampa Bay Rowdies, Charlotte Independence and even a season in Reykjavík, Iceland with Knattspyrnufélagio Fram. 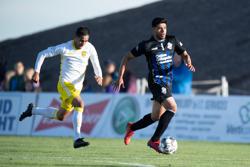 The reshaped 2020 season will see the Switchbacks and New Mexico United face-off three more times.  Trips to Isotopes Park in Albuquerque on August 15th and September 19th will bookend another contest at Weidner Field, set for August 29th.