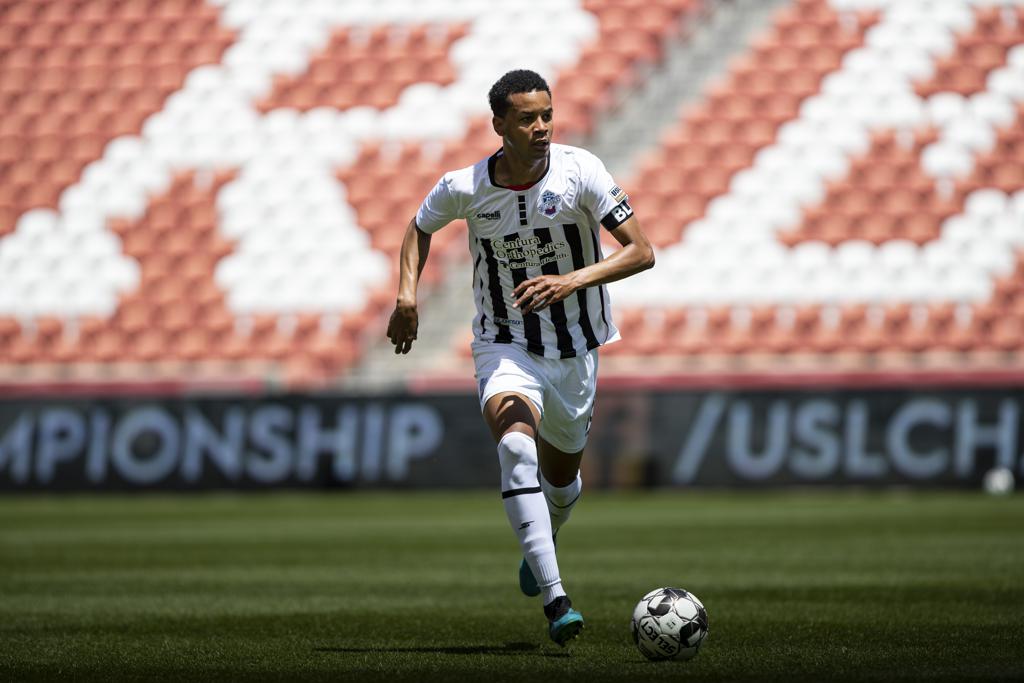 Sandy, UT (July 18, 2020) – The Colorado Springs Switchbacks FC pulled off an incredible comeback on the road to the defending champions as Abdul Rwatubyaye scored an equalizer deep into stoppage time to secure a 3-3 draw for the 10-man Switchbacks.

The Monarchs got on the board first when they pounced on a loose ball in the box before Kyle Coffee unleashed a shot into the top corner. Andrew Brody doubled the hosts lead in the 40th minute as he cut inside onto his left foot before firing his shot into the bottom left corner. Joan Cervos cut the deficit in half in first-half stoppage time for the Switchbacks after Monarch's goalkeeper, James Slayton, couldn't handle Uvaldo Luna's shot and Cervos scored the rebound in off of a defender.

Taylor Peay added a third goal for the Monarchs 15 minutes after halftime as he flicked his headed effort inside the post from an in-swinging free-kick near the touchline. Things would get tougher for the Switchbacks as Andre Lewis was sent off in the 73rd minute after receiving a second yellow card. In the final minute of regular time, Austin Dewing jumped on a loose ball on top of the Monarch's box and held off a defender before laying the ball off for Jordan Burt to finish the Switchbacks' second goal. In the fifth minute of added time, Luke Ferreira sent a corner kick into the box for Abdul Rwatubyaye to rise up and head in the equalizer into the top corner of the net to complete a thrilling comeback.

Goals from three different defenders helped the Switchbacks steal a point in the heat on the road to the defending champions on Saturday afternoon.

The Switchbacks return to Weidner Field to take on Austin Bold on Sunday, July 26 with gates opening at 1pm.