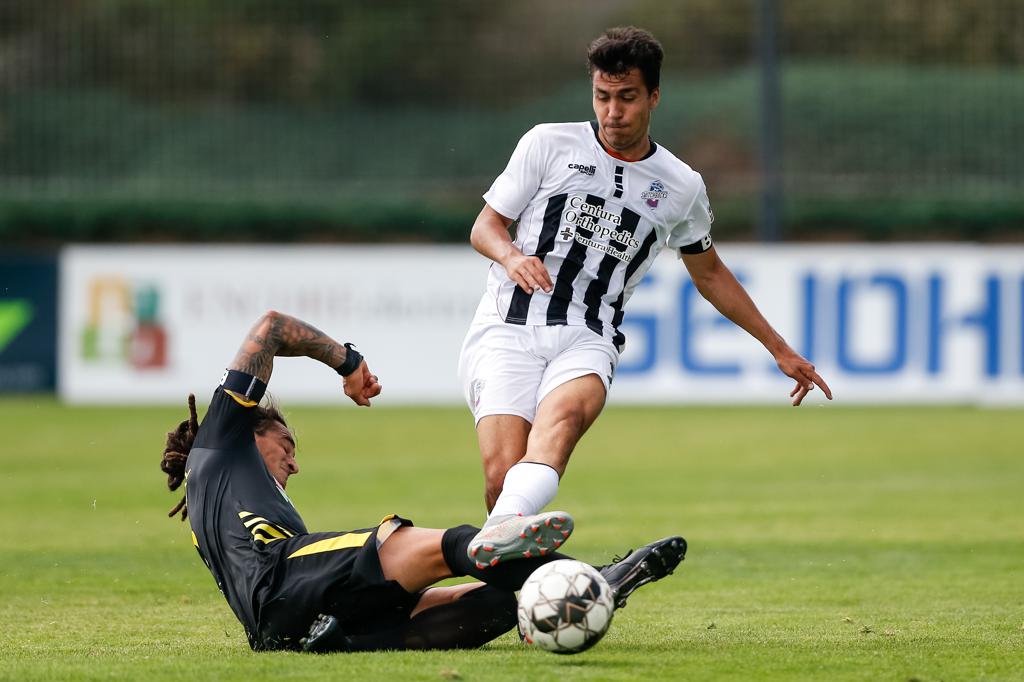 The first clear cut chance of the game fell to the foot of Austin Dewing in the 30th minute as he curled his left-footed effort, but New Mexico Goalkeeper Cody Mizell got a strong hand to push the shot wide. Andre Lewis had the next best opportunity for the Switchbacks with a shot from outside the box that drifted just wide of the right post. New Mexico United took the lead just before halftime when Chris Wehan met a cross from Amando Moreno and got a slight touch to redirect the ball past Abraham Rodriguez.

After a brief lightning delay at the beginning of the second half, New Mexico thought they doubled their advantage on two different occasions from Alex Bruce and a bicycle kick from Devon Sandoval, but they were denied both times by the offside flag. Five minutes from full time, a clever move from the Switchbacks found Christian Volesky inside the penalty area but his shot was saved from point-blank range by Mizell. A minute later, it was Abraham Rodriguez who came up big for the Switchbacks to deny Chris Wehan a 1-on-1 opportunity to keep the game at 1-0.

Alan Koch
On his overall thoughts from the game:
"To be frank, I thought we actually played well tonight. Obviously, we made a mistake, and it’s certainly not just Abe. It’s the collective group. When you concede a goal, it’s an entire team. But I think we came out with the required energy. Even though we lost tonight, it’s probably one of our best performances, and I feel like the group is coming together."

On the team's morale after a third straight loss:
"Everybody is still very very disappointed to lose, but I told them to walk out of the tent tonight, heads up high, chests up. Because, we’re building, and I know I sound like a broken record when I say that, but, it is a work in progress. You don’t go from the bottom of the league to the top in a hurry.  Particularly going through COVID. Particularly having to deal with this group we are in. It would be great if we came in tonight and we played one of the weaker teams in the league, and we won 3 or 4 [to] nothing, and everybody would feel great. I’d feel great. Fans would feel great too, of course. It’s frustrating to lose, but, we have to stay true to what we’re trying to do. There were a lot of good performances, and I think the collective energy from the group tonight was significantly better than last week, and we’ll continue to push. We’re not worried about the table.  We’re just focusing on one game at a time."

On playing a tight game with New Mexico United:
"You could see, the energy was sucked out of the entire group when they conceded that goal, because they worked so hard to try to get a clean sheet. So, that’s something we are going to continue to strive for. I think the collective response to defend tonight was very very good. We limited a very very good team to only a few chances. Then, on the flip side, we have got to be a little bit more creative, and, obviously, a little bit more clinical when we get those chances. Because we had chances tonight.  We could’ve won this game, but, unfortunately, it didn’t go our way."

Austin Dewing
On coach Alan Koch talking about building on positivity in the game:
"It’s a coaching technique for sure, and I am fully committed to the positives as well, right? I think we would be naive to not learn from the negatives, right? But, focus on what we did do positive. Let’s build on that. Let’s identify the negative, and make them positive. I like it, but we can’t ignore the negatives either."

On a different starting 11 and players taking on different roles:
"I think that’s part of the challenge of this league. We are constantly adjusting, but we are constantly needing to play a different 11. So, with a different 11, comes a different formation, a lot of times that, ideally, suits that 11 better. I think it’s just part of the challenges unique to this league. We’re still, 6 games now, I believe, as a team, which is not a lot in the grand scheme of things. Like, it feels like a long time since we had the pandemic in between, but we didn’t really train any of that time or have a chance to actually build chemistry. Definitely a tough part of it, but to be expected."

Hiroki Kurimoto
On the Switchbacks progression so far:
"First of all, obviously, to this game, we were getting better than last week against El Paso. So we are still progressing right now. [Making a] team from scratch is difficult, so we need to be more patient to get results."

On losing a third straight game:
"We felt frustrated. We want to win, you know? [But] we couldn’t get the result right now."

On mistakes costing the Switchbacks points:
"Everyone [made] a mistake in the game. This game. Last game. Every game. Everyone. I think the most important thing is how we react."