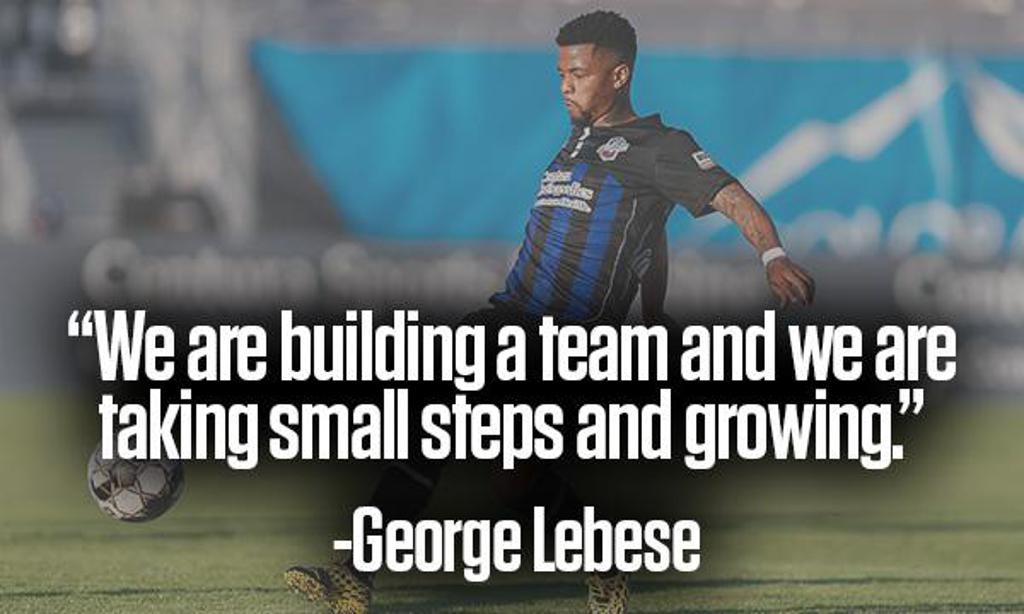 The Switchbacks started their six-match home stand last Saturday with a hard-fought 1-0 loss to New Mexico United.  “We spoke after the game and obviously we were disappointed, but we were happy with parts of the performance,” said South African winger George Lebese.  “The result was not a reflection of the game on that day, but we lost the game and that was disappointing – like I said, the performance was good, but of course we need to work on our results.” 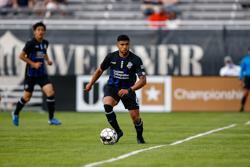 Central midfielder Rony Argueta added, “We did talk about the positives after the game against New Mexico.  Coach keeps reinforcing that we’re playing well – it’s just that we’re not putting the ball in the back of the net – but we’re all staying positive and looking for a big win this weekend.  Once we’re able to win at home, I think that will be the turnaround for us.  To get that confidence and be able to build on that will help us a lot and it will be something to push us to get more wins.”

El Paso Locomotive have won back-to-back matches in the USL Championship.  After defeating the Switchbacks 4-2 in Far West Texas on August 8th, El Paso traveled to Sandy, Utah last Saturday and came away from the home of the defending champions with a priceless 1-0 win.  Scottish midfielder Nick Ross scored the winner for the Locomotive in Utah, which led the Inverness native to be named on the USL Championship Team of the Week. 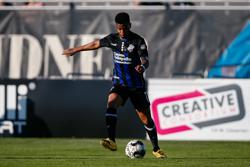 The Switchbacks fought back after falling behind 4-0 at Southwest University Park in El Paso, with Uvaldo Luna scoring twice for the Switchbacks in the final 8 minutes of the match.  “We will take the confidence from those two goals,” said George Lebese.  “We saw that we can score goals, but we need to work more on our defense.  We are still very confident.  We are building a team and we are taking small steps and growing – and we can’t wait to have a positive result at home, so hopefully that will be this weekend.  It would mean a lot to win this weekend and it would be a big confidence boost.  We are working very hard every day at training and like I said, we are taking small steps and are a growing team.  We do so many good things, it’s just that we don’t have the results to show for it.  So we need to work on executing and getting more goals and finally winning these games.”

“Getting those goals at the end in El Paso gave us some confidence,” said Rony Argueta.  “I think down there we started a little slow and a little low in energy, but I think that if we can start our game with high-energy then we can improve.”

“To be honest, we got punched in the face four times in El Paso,” said Switchbacks Head Coach Alan Koch.  “And if you get punched in the face four times, you need to have a reaction.  We responded well at the end of the game but we need to have a positive reaction right from the start.  I think, honestly, the most important thing for us is that this is a rebuild.  We’re rebuilding a club.  We’re rebuilding a team.  And that takes time.  We have to stay true to the process.  We’ve only played six games so we’re still a very new group that’s trying to come together and we’re trying to figure out everybody’s strengths and everybody’s weaknesses and it’s important to get some sort of continuity.  We’re playing in a group of some very big hitters, but the big advantage these teams have over us is they have continuity and El Paso are an excellent example of that.  They have the same coach, the same group of players, they have a very clearly defined identity and style of play and we’re working on our style of play and trying to put that in place and evolve as a club and create a new identity.  I’m happy with how we’re progressing but we’ve got a long way still to go.”

After scoring the brace in El Paso, Uvaldo Luna missed the loss to New Mexico United through injury, with Coach Koch confirming that Luna faces a battle to be ready for Saturday’s match.  “He rolled his ankle before the match against New Mexico and he’s progressing,” said Koch on Wednesday evening.  “We’re optimistic that he’s going to be good to go for the game on Saturday.  I think he was one of the catalysts that gave us energy at the end of the game down in El Paso.  Obviously, we need to have that energy right from the start, but he had individual success in that game and he’s a big part of our team.  We’re dealing with so many injuries and we want everybody back as soon as possible.” 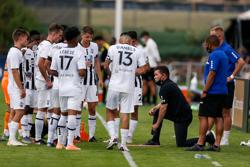 “We have to stay true to what we’re trying to do,” said Koch.  “We’ve come in with a new staff, new players, and there’s a long-term vision.  That vision is to get us going in the right direction for moving into the new stadium.  We’re doing that, but we’re also playing in the group of death at the same time, so it’s certainly not easy playing all of these challenging games against the top teams.  We’re learning a lot and really this is a season of growth-potential and how we grow from these tough challenges off the pitch, and on the pitch.  We want to learn as much as we can so as we’re evolving and we continue to grow, we’re taking this club in the right direction.”

Next Wednesday the Switchbacks will welcome Austin Bold FC to Weidner Field as Alan Koch’s team continue to fight their way through a span of five matches in just fifteen days.