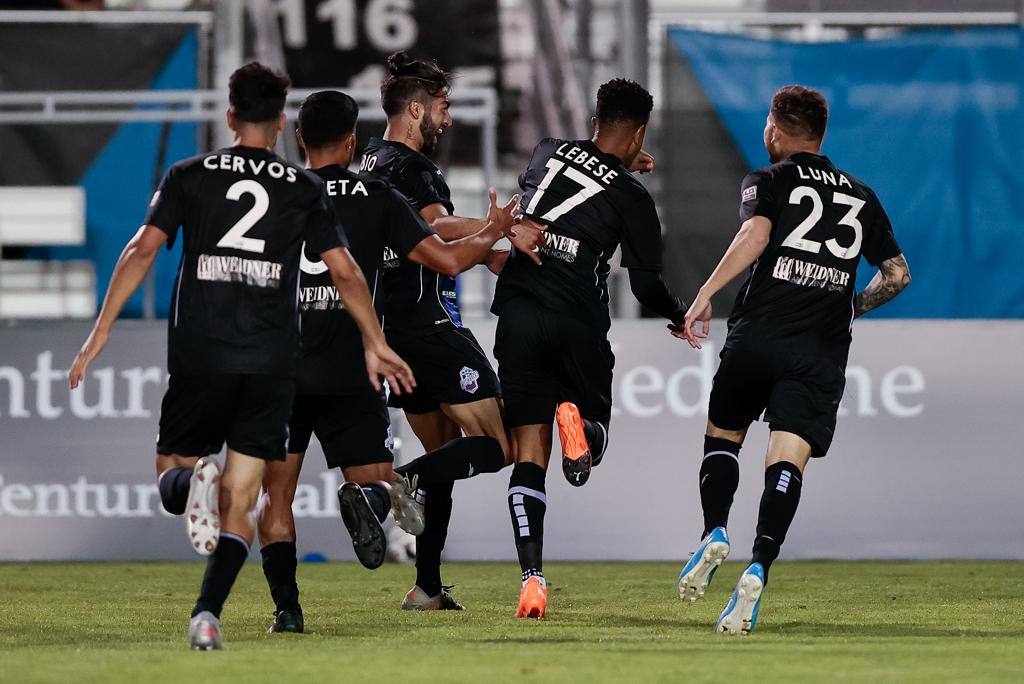 Going with the wind, Austin Bold FC came out of the gates in the first half fast, scoring two goals in the first three minutes of the game from Billy Forbes and Kleber. Forbes set up his opportunity with a clever touch before slotting the ball into the bottom right corner and Xavier Baez laid off a loose ball to Kleber who hit a low shot from 19 yards out to give the visitors an early 2-0 lead.

Austin extended the lead to three goals in the 38th minute as Kleber won possession of the ball inside the penalty area before Baez came in and smashed a low shot into the back of the net. Austin Bold FC took a 4-0 lead just before halftime as Fabien Garcia headed a corner kick across the goal to Forbes, who finished his second goal of the game.

The Switchbacks came out for the second half with the same intensity to get an early goal as Aidan Daniels dribbled by multiple defenders before finding Christian Volesky who turned and fired his shot into the roof of the net from close range. Andre Lewis found the Switchbacks' second goal in the 59th minute as George Lebese played a low cross to the Jamaican on top of the penalty area and he beat a defender and smashed the ball by a defender and Austin's goalkeeper, Diego Restrepo.

Volesky would not be denied his second goal of the game five minutes later after getting behind the defense and seeing his initial shot saved by Restrepo, but the ball bounced up perfectly for Volesky to finish the Switchbacks third goal with 26 minutes left in the game.

Ten minutes from full time, Switchbacks goalkeeper Abraham Rodriguez came up with two massive saves to keep the hosts in the game. First, a flicked header from a free-kick was heading towards the top corner that Rodriguez tipped over the crossbar. On the ensuing corner kick, Alasanne Ates Diouf had a free header saved by the outstretched Rodriguez to keep it a one-goal game.

With only six minutes left in the game, George Lebese dribbled onto his left foot 25 yards out from goal before unleashing a rocket that clipped the inside of the left far post to level the score at 4-4.

Alan Koch
On the negatives of going down 4 goals before half time:
"We need experience and to get experience you have to do two things, you either have to go acquire it or you have to develop it. We’re in the process of developing it and you could see we develop experience during the course of the 90+ minutes tonight… If you don’t learn from tonight, you’re not going to be in the business very long."

Andre Lewis
On feeling pressure on performing:
"Football is like that, it's here and it can go by quick. Whether its injury or your job because there are plenty of guys that want your place… It’s tough for everyone even for the technical staff too, no one is safe in this business, football is a business. Its either you take it or it's going to hit you hard. That's football."

On coming back after being four goals down at half time:
"If we can put a full 90 minutes together, I don’t see any team beating us. I don’t see it. Because there is no game that we lost where we can put our hands up and be like ‘Oh, this team was good today. They deserve to win.’ There is no game. If we can get these 90 together and run, we will be unstoppable this year."

Christian Volesky
On how coming back from being down four goals represents the Switchbacks:
"It shouldn’t take going down 4-0, I think you heard that before from Coach and Andre [Lewis] but Its good to fight back, it shows our character as a group. But hopefully next game, we have a short turn around against New Mexico, we come out fighting from the get-go."

On if he's ever played in a game like tonight before:
"First and foremost, 2-0 in 4 minutes, I looked at the clock and I said ‘I’ve never seen this before.’ But my mentality isn’t to give up. I think it echoes, we all have a fight in us. But to come back 4-0 down, like I said builds character. It shouldn’t take that and hopefully we can take the momentum into the next game."