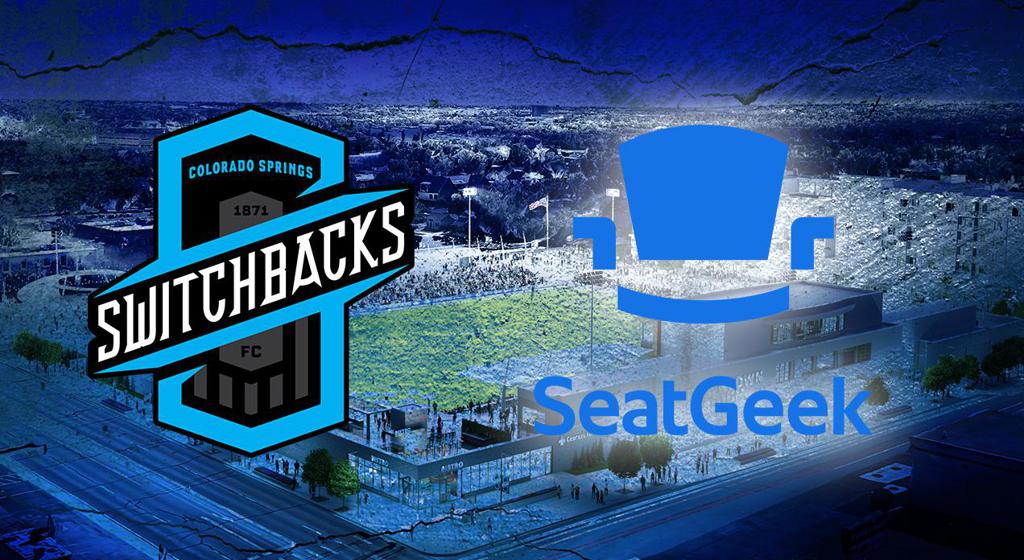 Colorado Springs, CO (August 31, 2020) – The Colorado Springs Switchbacks FC announced today a partnership with SeatGeek that will see a much-improved ticketing experience for fans attending matches at the Downtown Stadium in 2021.

Switchbacks fans will use SeatGeek best-in-class, mobile-first, ticketing technology to easily buy, sell and transfer tickets. Those attending matches will be able to use the SeatGeek app for their end-to-end matchday experience, from buying and managing tickets, to scanning in to the venue, to using various features to enhance their visit to the new venue. The Switchbacks will also use features powered by SeatGeek Adapt like mobile ticketing to ensure a safe environment for fans.

“Switchbacks wanted a state of the art Ticketing system to match our State of the art Stadium to give our fans the best and safest experience possible. SeatGeek delivers this through a user-friendly digital and touchless experience,” said Switchbacks Executive VP, James Ragain. “The Switchbacks are excited to partner with SeatGeek in providing Colorado Springs the highest end entertainment with the highest-end ticketing experiences.”

Colorado Springs joined the USL Championship in 2015, and has seen growing attendance each year since then. The club has plans to open a brand new stadium in Downtown Colorado Springs with a capacity of 8,500 in 2021.

The Switchbacks are the latest soccer club to join SeatGeek’s list of partners, which includes MLS clubs like Seattle Sounders and Sporting Kansas City, as well as Premier League clubs like Liverpool and Manchester City. Outside of soccer, SeatGeek also tickets sports teams ranging from the Dallas Cowboys to the New Orleans Pelicans.

“It's always amazing to find a partner who cares about their fans as much as the Switchbacks do,” said SeatGeek’s Director of Ticket Operations Alex Hamilton. “We’re thrilled to bring SeatGeek’s technology to their new venue.”

The Colorado Springs Switchbacks Football Club is a professional soccer team based in Colorado Springs, Colorado.  The team is a member of the USL Championship, the second tier of the American soccer pyramid and one of the most successful professional soccer leagues in the world reaching a population of more than 84 million across North America.  The Switchbacks began play in 2015, making the playoffs in the club’s first two seasons. The franchise is owned by the Ragain Family and lead by Ed Ragain, the former owner of a Colorado-based international engineering firm.  All matches are broadcast on ESPN+ and home matches are available locally on SOCO CW.

SeatGeek is the leading mobile-focused ticket platform that enables fans to buy and sell tickets for sports, concerts, and theater events. With industry-leading mobile ticketing apps, a fan-friendly user experience and its proprietary Deal Score™ technology that helps fans identify the best ticket values for a given event, SeatGeek is transforming the way that fans buy and sell tickets to their favorite events. SeatGeek Enterprise - the company’s primary ticketing platform - is used by many Premier League clubs, as well as the Dallas Cowboys and New Orleans Saints and Pelicans. Headquartered in New York, SeatGeek also has international offices in the U.K., Israel, Netherlands, and Italy.