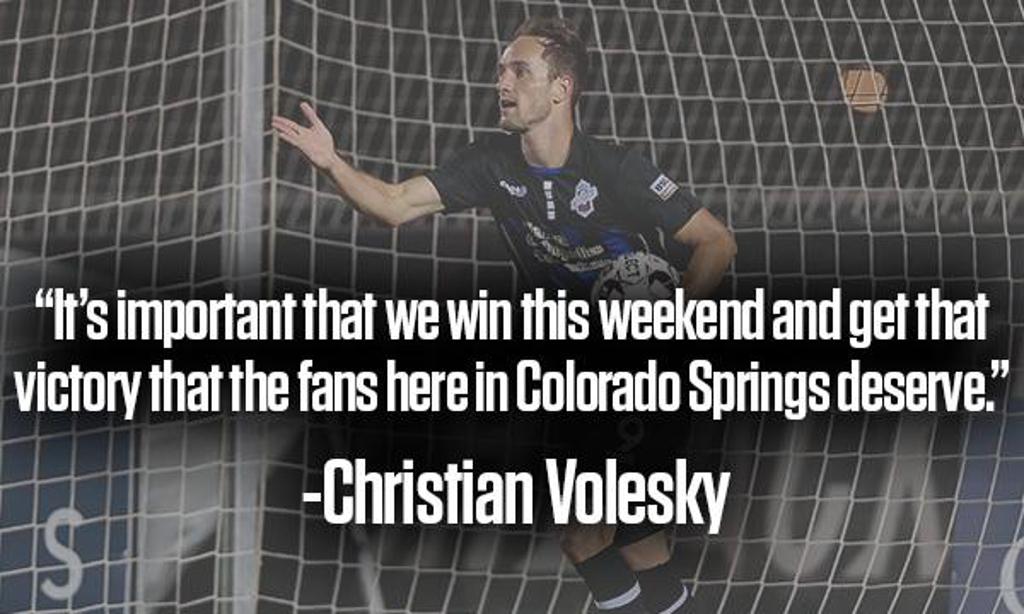 On March 7th, the Switchbacks opened their 2020 USL Championship season with a 2-1 victory against the Energy at Taft Stadium in Oklahoma City, behind a 7th minute goal from Christian Volesky, and a second half own-goal from the Energy’s Tucker Stephenson. 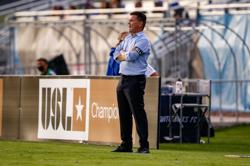 “To be quite frank; we live in such uncertain times that the game we played against them months ago means absolutely nothing today,” said Switchbacks Head Coach Alan Koch.  “How we’ve done in the last few weeks or how they’ve done has no bearing on the performance or the result for Saturday.  These are very uncertain times – we’re on a roller-coaster.  We have to embrace all these adverse moments.  We have to get ourselves going as quickly as we can – it’s more on ourselves than about the opponents, and hopefully we can put in another good performance on Saturday.”

OKC have endured a difficult 2020 season in the USL Championship as Head Coach John Pascarella’s team is without a win since July 17th.  Signs of progress were clear for the Energy on Sunday at Taft Stadium, as 10-men OKC battled to a 1-1 draw with the Austin Bold.  OKC midfielder Rafael Garcia was sent off for two bookable offenses in Sunday’s match and will be suspended for the contest against the Switchbacks at Weidner Field.

Former Fresno FC striker Jaime Chávez leads OKC’s goal-charts with 3, while Zach Ellis-Hayden is tops in assists with 2.  Defender Mike da Fonte, whom Colorado soccer fans will remember from his time with the Colorado Rapids and Phoenix Rising, re-signed with the Energy on Wednesday morning.  CJ Cochran has taken over starting goalkeeping duties from OKC’s resident practitioner of facial hair artistry, Cody Laurendi.  Cochran, who played his college soccer with the Georgia State University Panthers, has 27 saves and one clean sheet in nine appearances in 2020.

The Switchbacks had an unexpected break in midweek after Wednesday’s scheduled match against the El Paso Locomotive was postponed due to an abundance of caution after a person in close proximity with the Switchbacks organization tested positive for Covid-19.  The match against El Paso will now be played on September 30th at Weidner Field.  When asked about the potential benefits of the break in midweek games offered by Wednesday’s postponement Head Coach Koch said, “Not at all – I feel like every time we’ve started getting things going this year we’ve had momentum taken away from us, so here we go all over again to shut down from a very conservative perspective for a few days.  We’ll get going again with training tonight.  We have to maximize every session we’re going to have in the next few days and really get the guys back up and running again and then fine-tune a couple things going into the game on Saturday.” 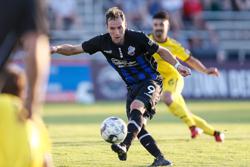 Christian Volesky was named to the USL Championship Team of the Week after leading the line for the Switchbacks and picking up a brace last week against the Austin Bold at Weidner Field.  “It’s an accomplishment, but obviously I couldn’t have done it without the guys,” said Volesky.  “We had a good three game stint, and we wanted to get a couple wins out of that; but we’re showing progress.  Right now, I’m focused on the three points this weekend – they’re vital.  We absolutely need three points at home against a team we’ve already beaten, so we need to figure out a way to secure those three points.  Tonight we’ll train and we have to work hard tonight and on Thursday and Friday and make sure we’re ready for Saturday.  After four games at home it’s important that we win this weekend and get that victory that the fans here in Colorado Springs deserve.”

On Monday, the Switchbacks announced the signing of center back Gabe Robinson who will join Alan Koch’s team on-loan from the Las Vegas Lights.  “We will have Gabe involved with the group, so it’s going to be exciting to get him included as quickly as possible,” said Koch.  “We haven’t been able to roster eighteen players a few times in the last few weeks – we’ve got a small group so just adding another body is going to help us.  He’s shown that he can be highly effective in the USL Championship.  We want to get him integrated as quickly as possible and we want him to get acclimated to being in Colorado and getting comfortable with our squad, and then we’ll look to push him to get some quality performances.” 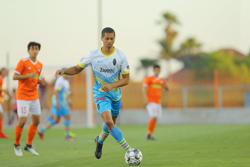 “I’m really excited to play with the team and win as many games as we possibly can,” said Robinson, who starred with the California State University, Northridge Matadors before beginning his professional career.  “We’ve had a few draws lately and haven’t gotten over the hump of getting a win, so hopefully we can win this weekend.  The next few days will be getting to know the team and getting acclimated to the altitude out here – last season I played center back, usually on the right, but I’m comfortable with either left or right center back.”