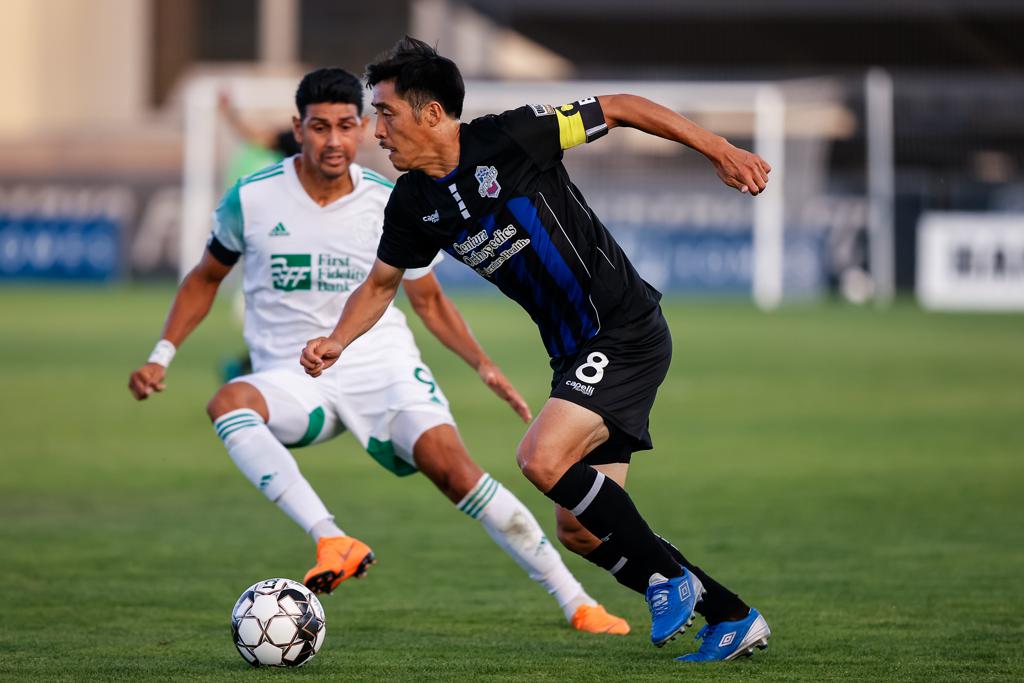 In a first half with few chances, a low driven corner kick from Aidan Daniels found George Lebese at the top of the box but his shot was deflected behind the goal. Oklahoma City's best chance of the game was a corner kick in the 30th minute that Nicolas Taravel headed over the crossbar.

After an appeal for a handball on a deflected cross in the 86th minute, Switchbacks midfielder Rony Argueta collected the ball and fired off a shot from 30 yards out to the lower corner of the goal that forced Oklahoma City's goalkeeper, CJ Cochran, into a diving save to keep the game even.

The Switchbacks held OKC Energy FC to zero shots on target to record the team's second clean sheet of the season.

Alan Koch
On the Switchbacks getting 4 points against OKC in 2020 after tonight's game:
"If you would have offered me four points at the beginning of the season… we would’ve jumped at it. So, from that perspective it's a big positive. Tonight’s the first time anybody's come here, this season, and sat back, and, really, made us play. They made us be the ones that are going to possess and try to break them down."

On the Switchbacks 4th consecutive draw and what the team needs to do to turn the results to wins:
"I think the positive is we’ve gone through four games against four good teams and we haven’t lost.  That’s a big positive. We have to capitalize on moments, and big games that are tight like tonight, you have less moments and you have to capitalize on those moments.  That could be anybody in our group.  It could be on a set piece, on a transitionary moment, it could be us in possession trying to get in behind them.  And that’s what we’re pushing for."


Gabe Robinson
On adjusting to Colorado Springs' altitude in training this week leading up to his debut:
"I just had to go on a couple runs honestly, because this altitude will get you, and it did a little bit during the game."

On getting a clean sheet in his Switchbacks debut:
"Today, I think we communicated well.  There was not really a lot of threat from OKC, honestly. So, I think I meshed into the group pretty quickly."

Joan Cervós
On his overall thoughts on the scoreless draw:
"I think this is the way we have to go. It was a very good game for the team because we arrived, we created a lot and we showed that we are better than them. I think they didn’t [have] a shot [on] goal."

On the Switchbacks 4th consecutive draw and what the team needs to do to turn the results to wins:
"I think we are doing good. What we have to do is to arrive more, get more shots, more crosses, and create a little bit more in the front… But I think we are creating something good and the team is responding very good."