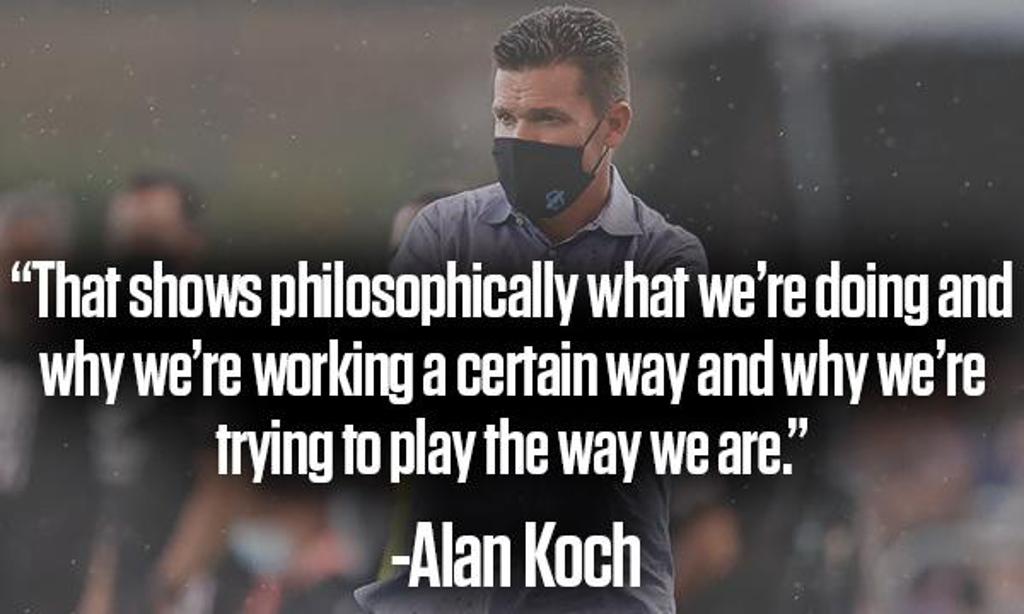 El Paso inflicted San Antonio FC’s first loss of the 2020 USL Championship season on Saturday evening, with the Locomotive winning 2-1 in Far West Texas.  Aaron Gómez moved into the lead on the Locomotive’s goal-scoring charts after deftly sliding home a late first half penalty kick against San Antonio.  Luis Solignac equalized for San Antonio before the match was settled in stoppage-time through a quick-ricochet own-goal from Mitchell Taintor.

“I think El Paso is one of the most difficult places to go play in the entire USL Championship, and it showed with San Antonio going there undefeated last week and losing to El Paso,” said Switchbacks Head Coach Alan Koch.  “We’re under no illusions and we know this is going to be a very challenging trip.  Last time we went there it was men against boys for most of the game, but I felt like we showed a lot of character when they came up to our place.  We showed growth in that game, and now this is going to be another big challenge, but we want big challenges – that’s part of our assessment this year.  That’s the big bonus of being in this group, where every game is a very difficult challenge, so we’d rather play these games because it allows us to assess what we’re building, but it also gives all of us – players and the entire team – an opportunity to rise to the challenge.  This is going to be a big test because El Paso are going to be flying high.  You don’t just beat San Antonio easily, so El Paso are now on a bit of a roll.” 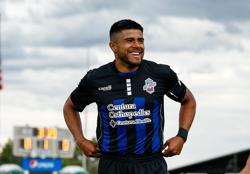 “Wednesday is definitely going to be a battle,” said central midfielder Rony Argueta.  “We just need to come out and compete.  We keep repeating it; we’re all good players technically and that’s why we’re here at this level, but it comes down to our mindset and wanting to compete and making sure we take care of the details.”

The Switchbacks and Locomotive have already faced off twice in 2020, with the Locomotive recording a 4-2 win in Texas on August 8th.  Wednesday’s opponents fought out a 0-0 draw on August 22nd at Weidner Field in Colorado Springs.

“In this group where you play everybody so many times, and we all analyze each other endlessly, I think we all have a pretty good idea of exactly how every team is going to play,” said Head Coach Koch.  “We’re definitely aware of El Paso, but we really want to focus on ourselves.  If we can go in there and play with confidence and put our best foot forward, then hopefully that can lead to a good performance which I think means coming out of the gates with energy and being ready to play right from the start.  Obviously, we have to get the defensive end right, but the best way to defend is to attack, so we want to try to possess the ball as much as possible and hopefully that can allow us to go and create more chances.” 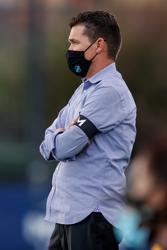 During the 2020 USL Championship season, the Switchbacks have passed the ball at over an 82% success rate, with Alan Koch’s team nearing 4,000 completed passes.  “I looked the other day, and we were second out of thirty-five teams in the entire league in passing accuracy and that shows what we’re trying to build,” said Koch.  “That shows philosophically what we’re doing and why we’re working a certain way and why we’re trying to play the way we are.  It’s important to keep possession and it’s important to make sure you go create with it.  I think the biggest progression from just keeping the ball is what’s your purpose, and the purpose is to go and create opportunities to score, so I think it’s a huge positive that we have such a high passing accuracy.  But we want to work towards going and creating opportunities with that possession.  We’re trying to build something and being a possession-based team and having technically sound players is part of that and the players have shown that, but in these last five games we want to try and take a step forward and create more chances for ourselves.”

“Coach is a big believer in us keeping possession,” said Rony Argueta on Monday afternoon.  “He always tells us that we have to possess, but with a purpose – not just possession for the sake of it.  It’s going to be important for us to keep the ball against El Paso because they’re a team that wants to possess and they have a lot of good players that can do that.  But we also need to be creative up top and in the final third with the ball.  We need to be versatile with our attack – whether we’re attacking on the wing with our fullbacks or our wingers or building through the middle.”

Weidner Field will see the Switchbacks face off against New Mexico United on Saturday evening, in a match where New Mexico are designated as the hosts.  After a week of recovery for the Switchbacks, the Real Monarchs SLC will head to Southern Colorado on Saturday, September 26th for the final Rocky Mountain showdown of the season.

The Switchbacks conclude their September slate on Wednesday, September 30th as they once again face the El Paso Locomotive at Weidner Field.