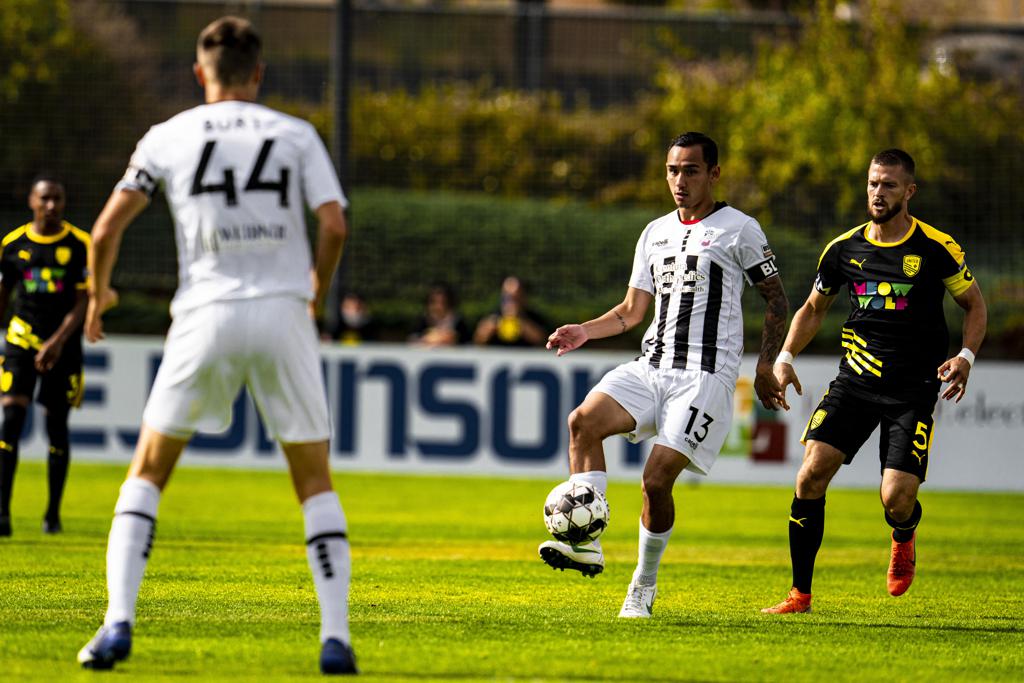 Starting the match, both teams warred on the pitch, setting up opportunities and preventing attacks until the 28th minute when first blood was drawn. New Mexico's Devon Sandoval scored in the 28th minute to start a lead of 1-0.  Switchbacks keeper, Abraham Rodriguez, fended off the "away" goal making multiple saves; however, nearing the end of the first half, it seemed as if New Mexico would be able to go into halftime with the wind at their back, and a one-goal lead.  That is, until the 44th minute, when a penalty kick opportunity was awarded to the Switchbacks and converted by Christian Volesky to tie up the score at the end of the first half, 1-1.

Coming back in the second half, Luke Ferreira scored his first goal with the Switchbacks in the 48th minute assisted by Aidan Daniels, making the score 1-2.  Keeping the pressure on, the Switchbacks created multiple opportunities throughout the remainder of the second half.  With Abraham Rodriguez making multiple fantastic saves, Rony Argueta preventing a plethora of attacks, and great communication between all team members, the Switchbacks ensured that this half would be no walk in the park for New Mexico.

During the final 10 minutes of regular play, United created many scoring opportunities that were all either just off target or saved by Rodriguez.  At stoppage time, New Mexico brought out one last-ditch effort in order to tie at full.  The ball is at the feet of New Mexico's Kalen Ryden, he is able to make it past the Switchback's defences, and every fan is on their feet for what looks to be the shot that was needed for New Mexico to end their "Mid-September Home Opener" with a single point, rather than zero. However, Ryden was unable to put the ball in the net, making New Mexico concede not only their final scoring opportunity but the final scoring opportunity of the match, ending the evening with the Switchback's first-ever win against New Mexico United, 1-2.

The Switchbacks return to Weidner Field September 26 to take on the Real Monarchs SLC in the penultimate home game of the 2020 season. All home matches in 2020 at Weidner Field will be available for Switchbacks Season Ticket Members only.