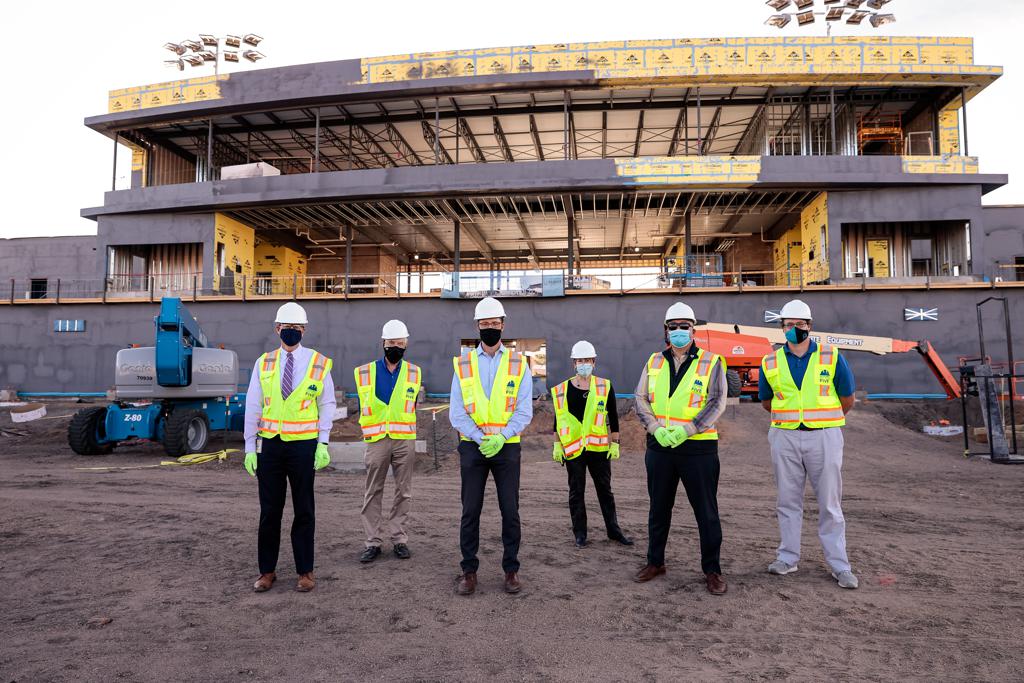 The Switchbacks will be moving into the state of the art stadium in Downtown Colorado Springs in 2021 for the USL Championship season.

"It's a special day as we are commemorating this stadium as Weidner Field," said Switchbacks President, Nick Ragain. "The value that Weidner Apartment Homes team brings to this development, to the franchise, and to the city goes far beyond our walls. We're very excited to officially name this Weidner Field."

The stadium is set to be the highest elevated professional stadium in the USL Championship and the United States at 6,035 ft.

"On behalf of Dean Weidner and the 1,800 team members of our company, we are thrilled to extend our stadium naming rights sponsorship with the Switchbacks FC at the USL Championship’s newest stadium right here in Colorado Springs," said Weidner Apartment Homes Vice President of Government Affairs, Greg Cerbana. "Weidner Field will be one of the most exciting places in all of Southern Colorado to experience live sporting events, attend business meetings, dine on exceptional local cuisine, and host private events. This beautiful venue was purposefully built to take advantage of the natural surroundings of the front range, and our intent is to add to the significant momentum already underway in Southwest Downtown. In the very near future, Weidner Field will be the anchor of an exciting destination district where people will live, work, play, and enjoy all that an urban lifestyle has to offer."

Construction on the 145,500-square-foot venue has continued throughout the year to have the 8,000 seat stadium ready to open Spring of 2021.