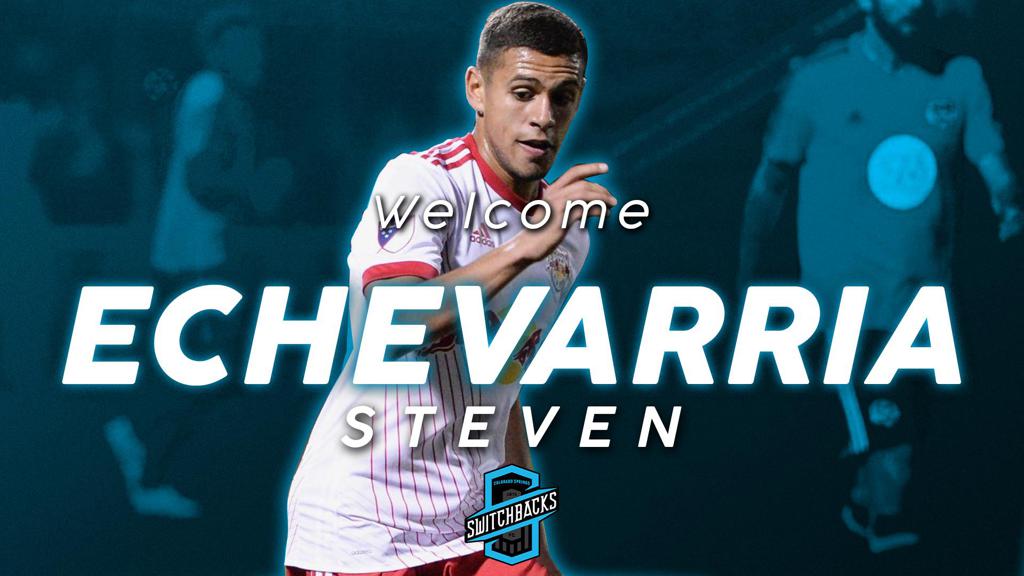 "I am thankful for this opportunity," said Echevarria. "I truly believe that with the team we have here, we will be successful in 2021."

Echevarria signed with the Switchbacks after training with the team throughout 2020. The New York native signed with the New York Red Bulls Academy in 2011 before playing a a four-year career at Wake Forest where he appeared in 79 games, totaling seven goals and six assists. Echevarria played with NYRB II in the USL Championship in 2018 where he made 19 appearances as the team made it to the Eastern Conference Final.

"We are excited to bring Steven on to the 2021 roster. During his extended trial period he demonstrated his quality on the field and, importantly, was an immediate fit into the culture of the group," said Switchbacks Soccer General Manager, Brian Crookham. "Steven should immediately challenge for time in what is a talented midfield group."