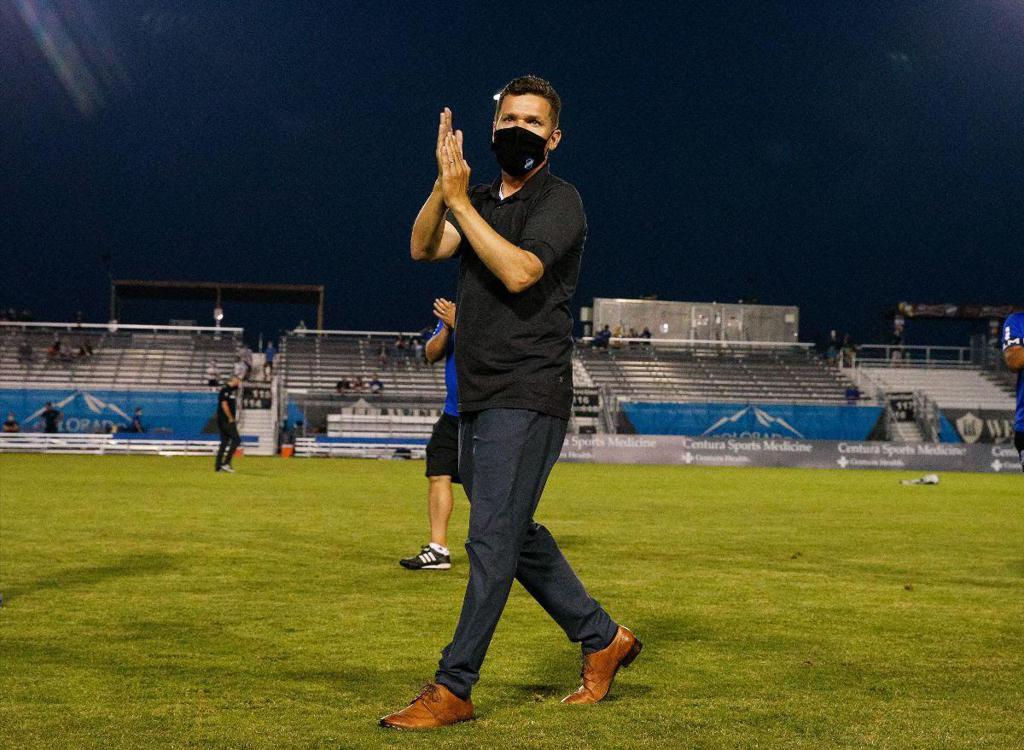 Colorado Springs, CO (November 14, 2020) – The Colorado Springs Switchbacks FC announced today that Alan Koch, in an unusual move, is stepping down as Head Coach cutting short his club contract by two years due to personal reasons.

"Alan has brought a positive energy, an exciting playing style, and professionalism to the organization so it is unfortunate to see him and Amy go so unexpectedly," said Switchbacks President, Nick Ragain. "I know this decision weighs heavy on them but they have our blessing. Our prayers are with the entire Koch family during this time."

Alan Koch was hired as the second head coach in club history on September 23, 2019.

"Alan has played a big role in moving the club forward in his short time here," said Switchbacks Soccer General Manager, Brian Crookham. "He leaves a foundation we will be able to build on as we enter an exciting time for the club. We wish Alan and Amy the best as they embark on this new chapter of their lives."

Koch steps down after leading the Switchbacks to a third place finish in Group C of the 2020 USL Championship regular season.

"I want to thank the Ragain family and the Weidner organization for the opportunity to lead their club over the last year. It was a privilege to help build and prepare the club for entry into a beautiful new stadium in 2021," said Alan Koch. "The challenges and adversity of 2020 have made us all reassess our priorities and what is important to us as human beings. It is an incredibly difficult decision to leave the Switchbacks on the cusp of something special, but we as a family need to focus on our personal priorities at this time.

"To the supporters of the Switchbacks, you are part of something special. Enjoy the ride into the new stadium and support the team all the way. Even with reduced attendances due to Covid-19 we could still hear you and appreciated your support as the 12th man either in person or virtually. This group of players are capable of doing something very special for, and with you.

"I will truly miss the players and staff who we have all worked so tirelessly together to raise the bar on and off the pitch over the last year. I have so much respect and love for the guys that we got to work with every day. I take satisfaction knowing that we leave the club heading in a positive direction and primed for success moving forward."

The Switchbacks will begin the search for a permanent replacement immediately.