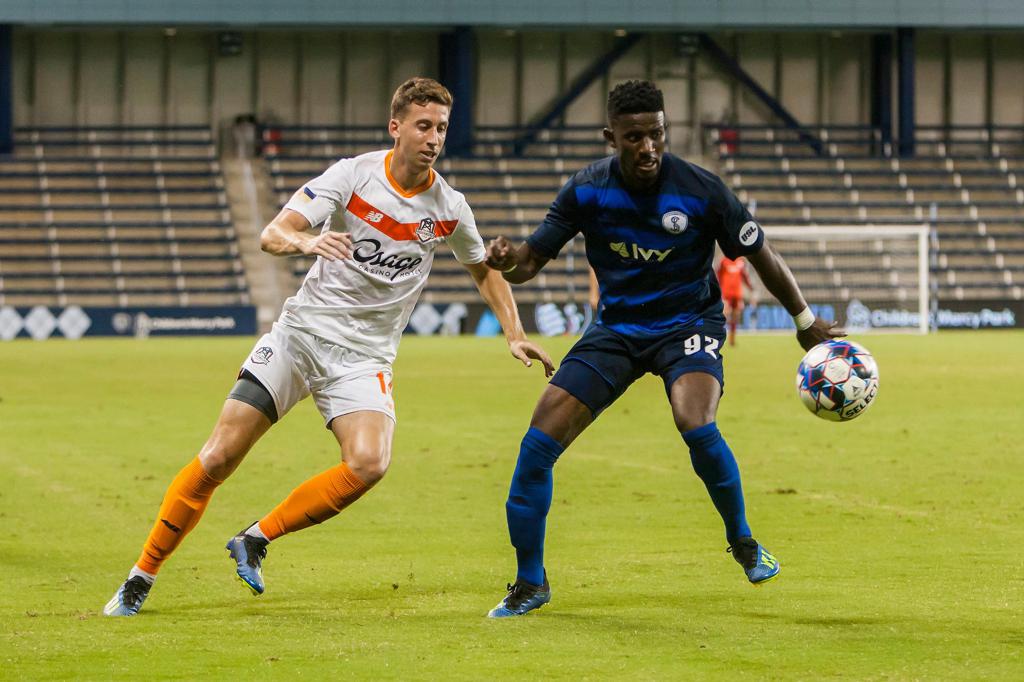 "I am grateful and excited for this opportunity to join the Colorado Springs Switchbacks organization," said Barry. "I am looking forward to playing in the new stadium in front of our fans and I can't wait to get to work and help make 2021 a successful year!"

After a strong college career at Monroe Community College and the University of Central Florida, Barry was drafted 13th overall in the 2016 MLS SuperDraft by Orlando City SC. Over two seasons with Orlando City, Barry recorded an assist and made 11 appearances in Major League Soccer. Barry shined playing with Orlando City B in the USL Championship, recording four goals in 2016 and ten goals and an assist in 2017.

Barry joined Sporting Kansas City II in 2018 where he would earn a place on the 2018 USL Championship All League Second Team after recording 17 goals and five assists in the regular season and set a league record with a streak of eight consecutive games with a goal. Barry led his side to the Western Conference Semi-Final with another two goals in the playoffs for Sporting Kansas City II.

"Hadji has had multiple breakout seasons in USL and we wanted a veteran presence on our front line for the 2021 season," said Switchbacks Head Coach, Brendan Burke. "Hadji's work rate is exemplary for our younger players and he adds another dynamic attacking threat to the group. His mindset is contagious and he will add a great deal of value to this team in a number of ways."

Following the 2018 season, Barry made his international debut, as he represented his native Guinea in a 2019 African Cup of Nations qualification match against the Ivory Coast.

Barry made stops with Ottawa Fury FC in 2019 and North Carolina FC in 2020, adding another seven goals and two assists to his already impressive USL Championship resume.