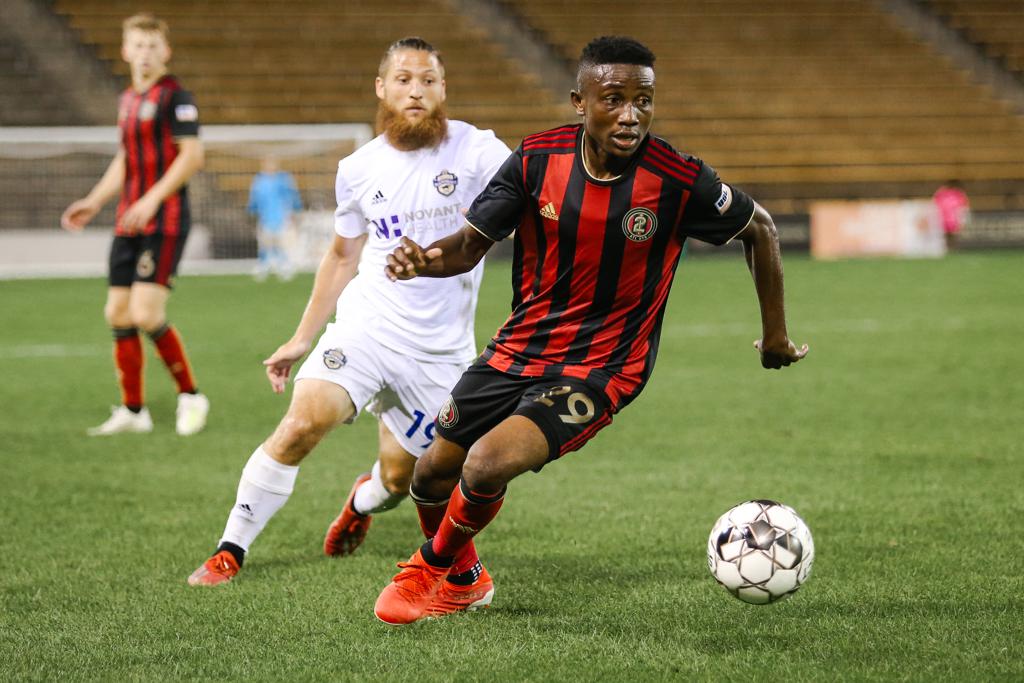 Colorado Springs, CO (February 17, 2021) – The Colorado Springs Switchbacks FC announced today that the club has acquired Bienvenue Kanakimana on a permanent transfer from MFK Vyskov in the Czech Republic, pending league and federation approval. Terms of the transfer were not disclosed.

"It’s an honor for me to receive this opportunity at Colorado Springs, an incredible club with big ambition and a new manager I have so much respect for," said Kanakimana. "I cannot wait to win the trust of Coach Brendan and my new teammates. Thank you again to this organization."

Prior to a brief stint playing in China in 2020, Kanakimana played on loan for Atlanta United 2 in a strong debut season in the USL Championship. Kanakimana totaled seven goals and was voted the USL Championship Player of the Week for Week 22 of the 2019 season after scoring a hat-trick against Loudoun United on Friday, August 2.

Kanakimana has featured with Burundi’s U-17, U-20 and U-23 Youth National Teams. He has scored five goals across all matches for the U-20 and U-23 teams.

"Bienvenue is a player that caused a lot of trouble for opposing teams during his time in the Eastern Conference with Atlanta United 2 a few years go. He is coming off of some big and unique experiences in China and at 21, we believe he is poised to add an element to our team that it currently lacks on the attacking side of the ball," said Switchbacks Head Coach, Brendan Burke. "The fact that he is so well regarded by teammates and colleagues off the field is a major bonus and we are looking forward to seeing him do his thing at Weidner Field this season."