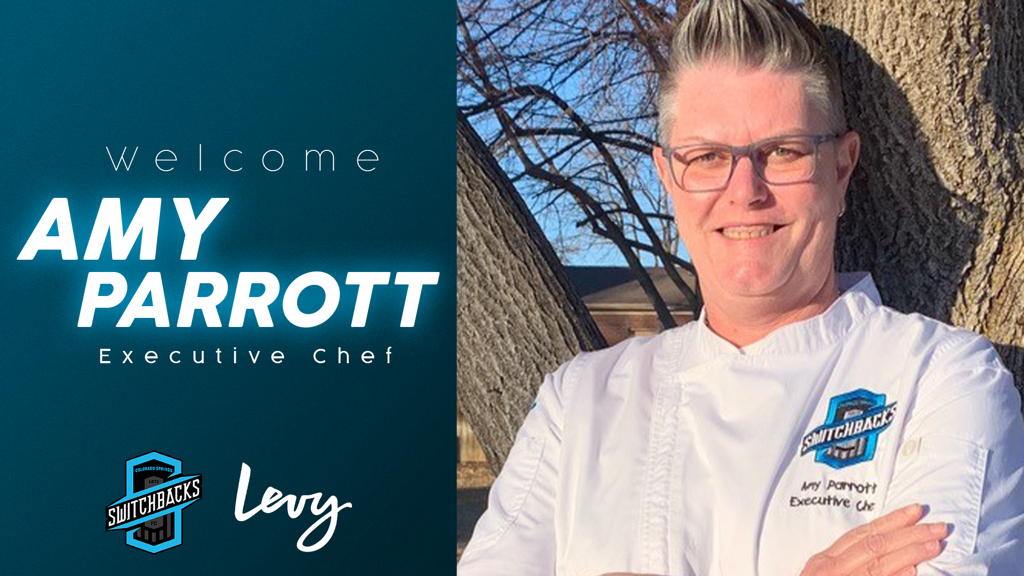 A native of California, Amy pursued her interest to become a chef shortly after falling in love with a cooking position at a local bar and grill while pursuing a degree in Culinary Arts at St. Louis Community College. Upon graduating in 2010, Amy took a post-graduate position with Levy at Pepsi Center in Denver.

During eight years at the Pepsi Center, Amy began work as a catering cook for the friends and family of the team players and coaches, ultimately working her way up to Sous Chef. From there she quickly began to ascend in her culinary career. She moved into a Sous Chef role in 2013, and in 2014 was promoted to
Senior Sous Chef, followed by Banquet Chef in 2018, before relocating to the University of Colorado in Boulder.

Her current role brings Chef Amy to Levy as Executive Chef at Weidner Field in 2021. Here she will lead the stadium’s culinary efforts to showcase flavors from the community and create memorable experiences for guests.

About Levy
The disruptor in defining the sports and entertainment hospitality experience, Levy is recognized as the market leader and most critically acclaimed hospitality company in its industry. Twice named one of the 10 most innovative companies in sports by Fast Company magazine and one of the top three Best Employers for Diversity in America by Forbes, Levy’s diverse portfolio includes award-winning restaurants; iconic sports and entertainment venues, zoos and cultural institutions, theaters, and convention centers; as well as the Super Bowl, Grammy Awards, US Open Tennis Tournament, Kentucky Derby, and NHL, MLB, NBA, NFL, and MLS All-Star Games. For more, visit www.levyrestaurants.com or follow us on Facebook, Twitter, and Instagram.