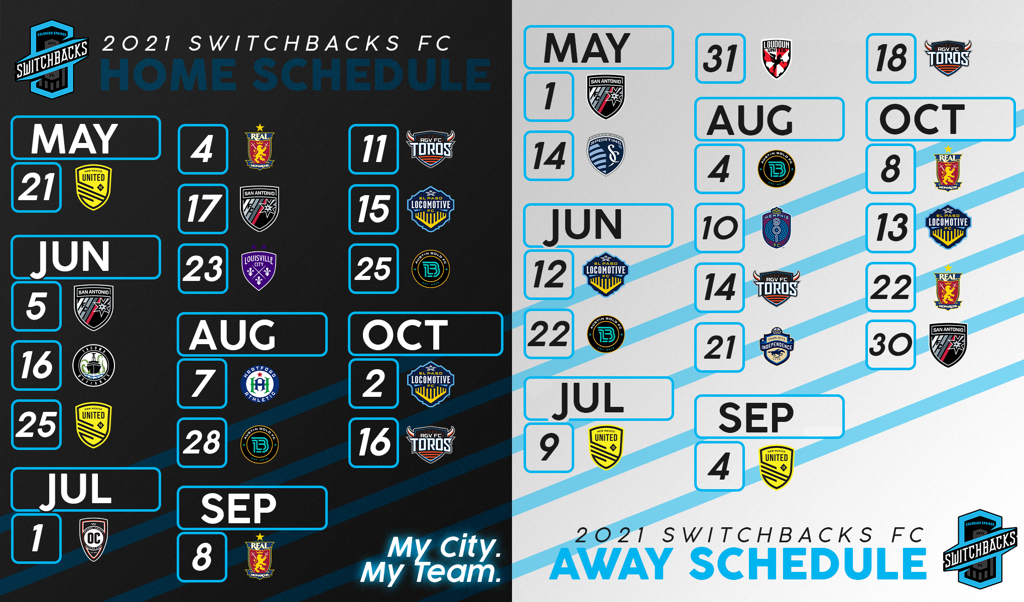 The Switchbacks have been placed in the Mountain Division of the Western Conference along with Real Monarchs SLC, El Paso Locomotive FC, New Mexico United, San Antonio FC, Austin Bold FC, and Rio Grande Valley FC. The Switchbacks will play each team in the Mountain Division four times – twice home, twice away. The remaining eight games will be played against regional or cross-conference opponents.

The Grand Home Opener at Weidner Field is set for May 21 as the Switchbacks take on New Mexico United in the first USL Championship game in Downtown, Colorado Springs.

The Switchbacks travel to Kansas City on May 14 to take on Sporting Kansas City II in the first time the Switchbacks' have played against a team in the Eastern Conference in the USL Championship regular season since 2015.

The Switchbacks will be celebrating Independence Day at home with games at Weidner Field on July 1 against Orange County SC and July 4 against Real Monarchs SLC.