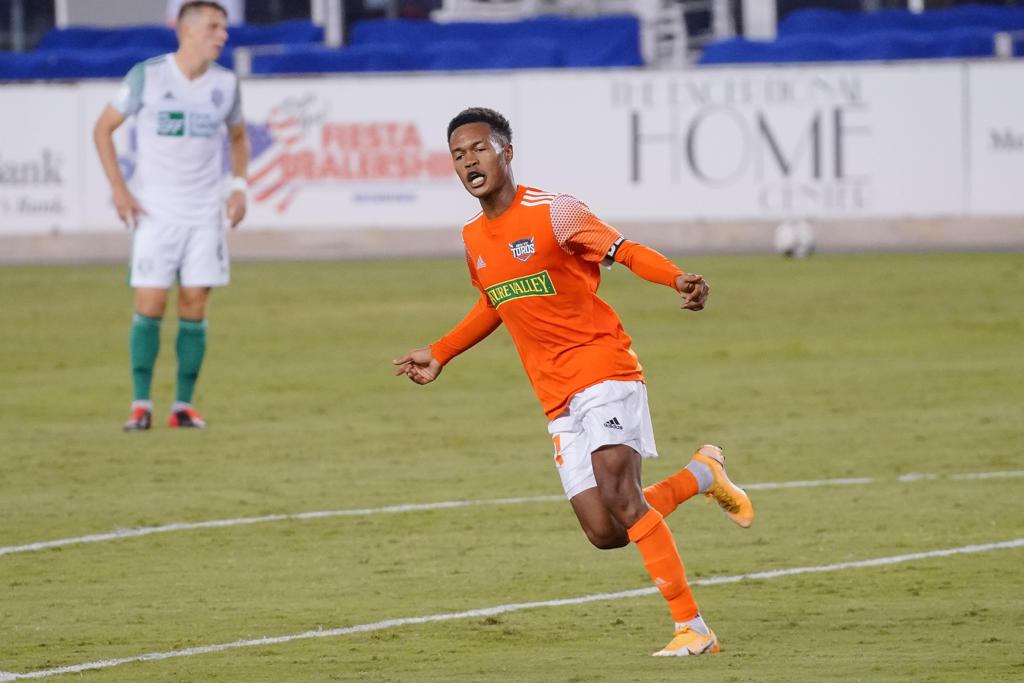 "I'm grateful to be a part of the Switchbacks, the players and staff have been really positive," said Beckford. "I'm excited for the upcoming season!"

Beckford began his career with Montego Bay United of the Red Stripe Premier League in his native Jamaica and scored three goals in 11 appearances in during the 2018/19 season.

Beckford spent 2019 and 2020 with Rio Grande Valley FC after joining the Toros on loan in late 2019. In only 22 USL Championship games, he has recorded three goals and an assist.

The winger joined the Jamaican U-23 squad at the 2019 Pan American Games where he scored three goals in three matches for the Reggae Boyz. Beckford finished with a brace in a 2-1 victory over host country Peru.

"Deshane is a player that impressed us immensely during his performance with the Jamaican U23 team in the Pan American Games, his pace, soft feet, and nose for goal should add another weapon to our still evolving group of forwards," said Switchbacks Head Coach, Brendan Burke.