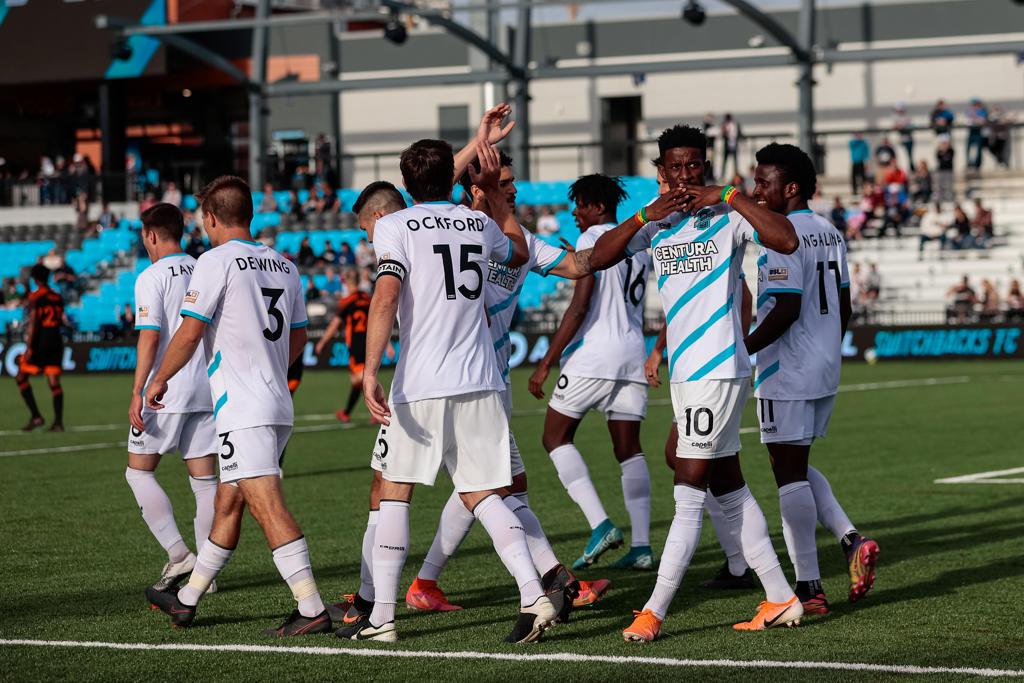 The Switchbacks opened Weidner Field with a bang as José Torres found the foot of Hadji Barry who turned and faced his defender before doing a stepover to create space and firing a shot across the goalkeeper and inside the left post just five minutes into the game. Barry had another opportunity 15 minutes later as he curled a shot to the top corner but it was saved wide for a corner kick. Later in the first half, Matt Mahoney rose up above the defender to get a header downwards towards the right post but the Orange County goalkeeper made a foot save.

Orange County equalized early in the first half as Ronoldo Damus got around Abraham Rodriguez and slotted his shot into the empty net. The Switchbacks recovered their lead only a minute later as Austin Dewing found Hadji Barry inside the box and he fired a shot straight into the back of the net in the 52nd minute. Orange County found another equalizer seven minutes from full time after a shot deflected off a defender and landed inside the left post.

The Switchbacks ended preseason with a 2-2 draw against Orange County SC in the first ever Friendly at Weidner Field in downtown Colorado Springs.

"Last year when we were standing over there staring at a dirt patch, I never could've imagined what it turned out to be," said Jordan Burt after finishing his seventh preseason with the Switchbacks. "I think back to all of the years of me being with the Switchbacks, and I'm just incredibly grateful to be a part of this organization because tonight there was a special energy that I've never felt and I can't wait for the rest of the season."

The Switchbacks will begin its seventh season in the USL Championship on Saturday, May 1 at San Antonio FC with the Grand Home Opener at Weidner Field set for May 21 vs New Mexico United. Click here to view the full Switchbacks schedule.

"Preseason was good, it was hard. It was meant to be hard," said Switchbacks Head Coach, Brendan Burke. "We still have some players that haven't arrived yet because of the circumstances we're dealing with so there is still a lot more to come out of this group."