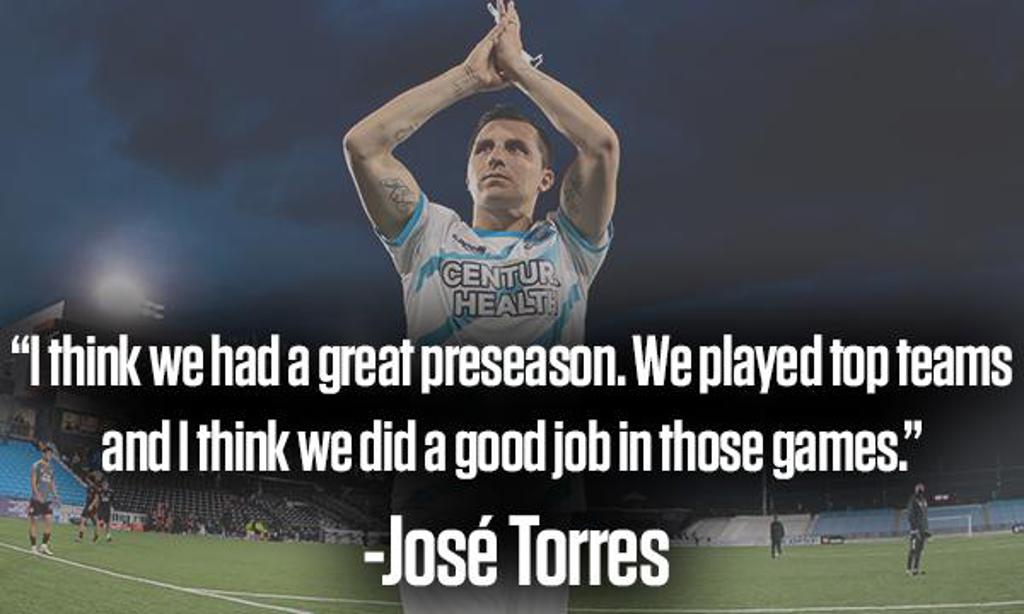 On Saturday evening, the Switchbacks concluded a successful 2021 preseason as they welcomed fans to the opening of Weidner Field in downtown Colorado Springs.  Two goals from Guinean striker Hadji Berry set the Switchbacks on their way to a 2-2 draw with Orange County SC as Head Coach Brendan Burke’s team gear up to start the regular season this weekend on the road against San Antonio FC.

With three victories during an elongated preseason, the Switchbacks look to carry a much-changed roster into a marathon 32-game regular season that starts on Saturday evening. 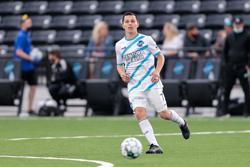 “I think we had a great preseason,” said midfielder José Torres.  “We played top teams and I think we did a good job in those games.  It’s a brand-new team here: we have great players and we have a lot of experienced players and I think this season we’re going to do very well.  As soon as the guys came in they knew what [Head Coach] Brendan [Burke] wanted.  This is a great group of guys and they work their butts off every day and if you see them in training they work so hard, and that’s what I like and that gives me a motivation to come out and work with these guys.”

“Changing the identity of a team and of a club is really hard to do, but I think we’ve made strides during preseason,” said Head Coach Brendan Burke on Tuesday morning.  “It doesn’t happen overnight – it doesn’t even happen in a few months – but I think the mentality has been really good and a lot of work has been put in to try and start to shift the expectations around here.”

In addition to last weekend’s draw with Orange County SC, the 2021 preseason for the Switchbacks included a win in the Valley of the Sun over 2020 USL Championship Western Conference Champions Phoenix Rising FC.

“I think the preseason went really well and we gelled well as a team and were able to build chemistry,” said forward Matt Hundley.  “It’s a new group all around so it was good to see that we were able to click that fast and be on the same wavelength.  Having so many new players brings competition and that brings great things so I think we’re going to be able to accomplish really good things this year.”

“It’s a good group, there’s competition and as you can see from the last game everyone is trying to be on the first team and that’s what’s needed,” said Kenyan midfielder Philip Mayaka.  “This is a young team, so we need to keep going and it’s good in our first game to start with a win and this week’s training will determine if we win or not - we’re working hard.” 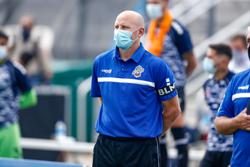 Former Colorado Foxes keeper Trey Harrington returns to Colorado Springs in 2021 as one of the most recognizable faces in the organization, having coached the Switchbacks’ goalkeepers since the team’s inception.  “The boys are battling this year for time and starting positions,” said Harrington.  “Preseason has been great.  With the anticipation of the new stadium, and moving into the stadium, and all the new staff and everything like that; the energy has been high.  The guys are now chomping at the bit to get out there and play somebody else – it’s been a great preseason.”

The Switchbacks return two goalies to Colorado Springs for 2021, with Canadian shot-stopper Sean Melvin set for his second season in Southern Colorado.  Abe Rodriguez, who is on-loan from the Colorado Rapids, has been with the Switchbacks since 2019 and started against Orange County last weekend.

“We’ve had a nice long preseason so guys have had a lot of time to get integrated to new coaches and a new style of play and I think it’s gone really well and I think you can see that in our last game where we performed really well,” said goalkeeper Sean Melvin.

The Switchbacks will open their season on Saturday evening against San Antonio FC at Toyota Field.  The game will be broadcast live by the voice of the Switchbacks, Ryan Kaufman, on XTRA Sports 1300 AM and xtrasports1300.com. 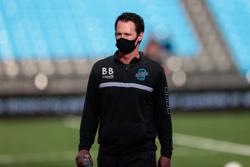 “I think we have to understand in the bigger picture that this first game is kind of an outlier because it’s so far separated from the rest of the schedule,” said Head Coach Burke.  “We’re still ramping up in a big way and will be for the next couple weeks.  We still have players who haven’t even arrived for preseason because of visa issues so we’re still dealing with a very strange environment.  But for the guys that have been here, I’ve been really pleased with the progress we’ve made.  It’ll take weeks – if not a month or more – to get the new players up to speed.  Not having a preseason is a really big issue for some of what I would hope are going to be some of our top players, so we have to get those guys integrated quickly but also safely because of the way we play.  I view this weekend and the next couple weeks as an extension of preseason, so we’ll get a fantastic gauge of where we’re at right now but we’re also keeping it in perspective.”

“As the season goes by this team is going to be where Brendan wants it,” said José Torres.  “Obviously, we still have guys coming in, but the mentality of these guys is great - they know what Brendan wants.”

Following this weekend’s trip to the Alamo City, the Switchbacks will have a week free from game action before heading to Children’s Mercy Park to play Sporting Kansas City II on Friday, May 14th.  Click HERE to view the full Switchbacks 2021 schedule.

The Grand Home Opener at Weidner Field will take place in downtown Colorado Springs on May 21st at 7pm MT, as New Mexico United head to Southern Colorado to rekindle the Four Corners rivalry.  Season tickets are the only way to confirm your tickets today and they can be purchased HERE or call 719-368-8480 to ensure your spot as a new era begins in Colorado Springs history.