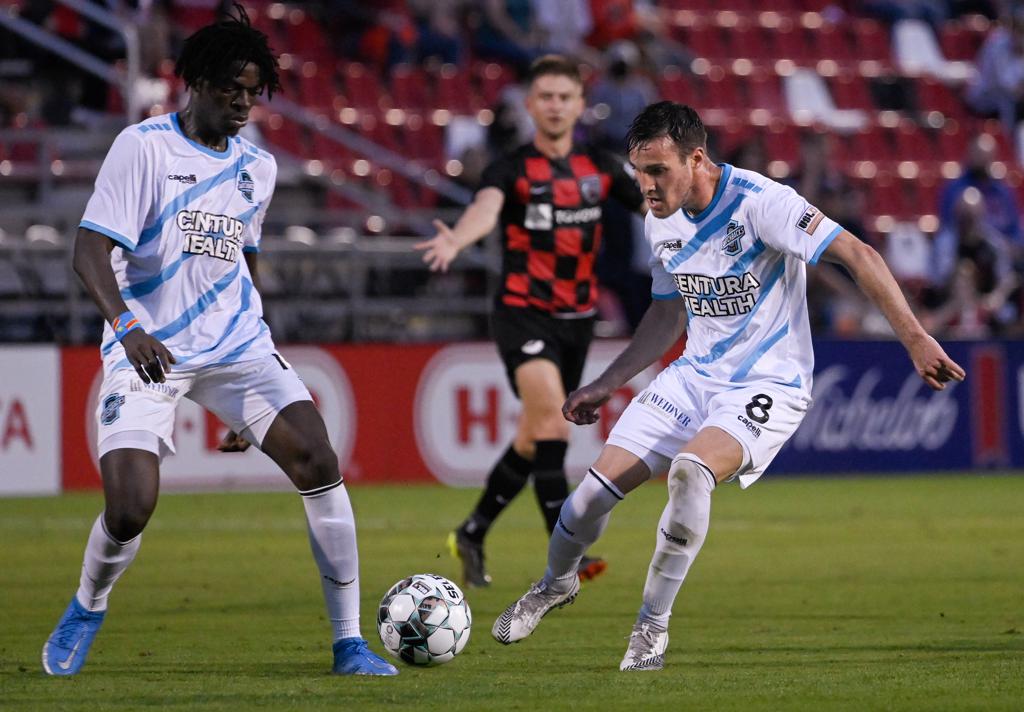 Colorado Springs, CO (May 1, 2021) – The Colorado Springs Switchbacks FC lost 3-0 on Saturday night on the road to San Antonio FC in the first game of the 2021 season.

San Antonio FC got on the board first when Marcus Epps delivered a cross that Abraham Rodriguez was able to get a hand to deflect but Santiago Patino was there to head in the rebound in the 16th minute. Patino got a second twelve minutes later after a cross from PC found the sliding Colombian who redirected his shot inside the left post to double the lead in the first half.

The Switchbacks came out on the front foot to start the second half with the best opportunity falling to the foot of Michee Ngalina, but his shot was deflected out for a corner at the last moment. Michee Ngalina would get another opportunity to get the Switchbacks on the board in the 78th minute as he got on the end of a pass and rounded the goalkeeper but his shot was just wide of the right post. Patino completed his hat trick in the final minutes of the game as a through ball sent him in on goal before slotting his shot on the ground into the back of the net.

The Switchbacks are back on the road to face Sporting Kansas City II on May 14 before returning home for the Grand Home Opener at Weidner Field on May 21 vs New Mexico United. Click here to view the full Switchbacks schedule.