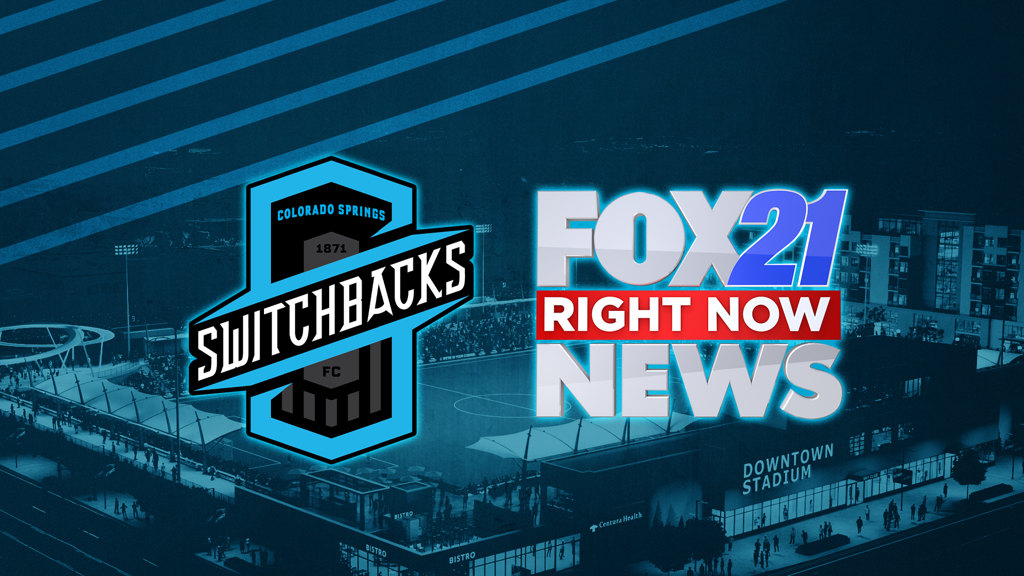 “We have had a great relationship with the Switchbacks for the past few years,” said FOX21 and SOCO CW General Manager, Stephen Dant. “We are pleased and proud to renew this partnership. We are looking forward and excited to be part of the Colorado Springs Downtown Experience.”

“We are excited to partner with the Switchbacks as they embark on a new chapter in their franchise history with the historical move downtown,” said FOX21 News Director Joe Cole. “They have and continue to be wonderful to work with.”

"FOX21 & SOCO CW have been amazing community partners from day one with the Switchbacks and it has been great to grow with them over the past six years into the brand new stadium downtown," said Switchbacks Vice President, James Ragain. "We are extremely excited to continue our partnership with FOX21 and SOCO CW to bring a local TV broadcast for all Switchbacks home games to keep fans engaged and updated as the new era begins in Colorado Springs."

The Switchbacks are entering their 7th season at the professional level, with the Grand Home Opener of Weidner Field set for May 21 vs New Mexico United.

The Switchbacks will be moving into the state-of-the-art stadium in Downtown Colorado Springs in 2021 for the USL Championship season. Construction on the 145,500-square-foot venue has continued throughout the year to have the 8,000-seat stadium ready to open May 21 for the Switchbacks' Grand Home Opener.

The stadium is set to be the highest elevated professional stadium in the USL Championship and the United States at 6,035 ft.
FOX21 News has provided news and weather information for southern Colorado since 2001. Broadcasting over an antenna located atop Cheyenne Mountain, FOX21 reaches Colorado Springs, Pueblo, and southern Colorado on over-the air channel 21, Comcast channel 3, DirecTV channel 21, and Dish Network channel 21. FOX21 produces nearly 38 hours of local newscasts every week, in addition to showing FOX network entertainment and sports programming. The station shares a studio in southeastern Colorado Springs with sister station SOCO CW.