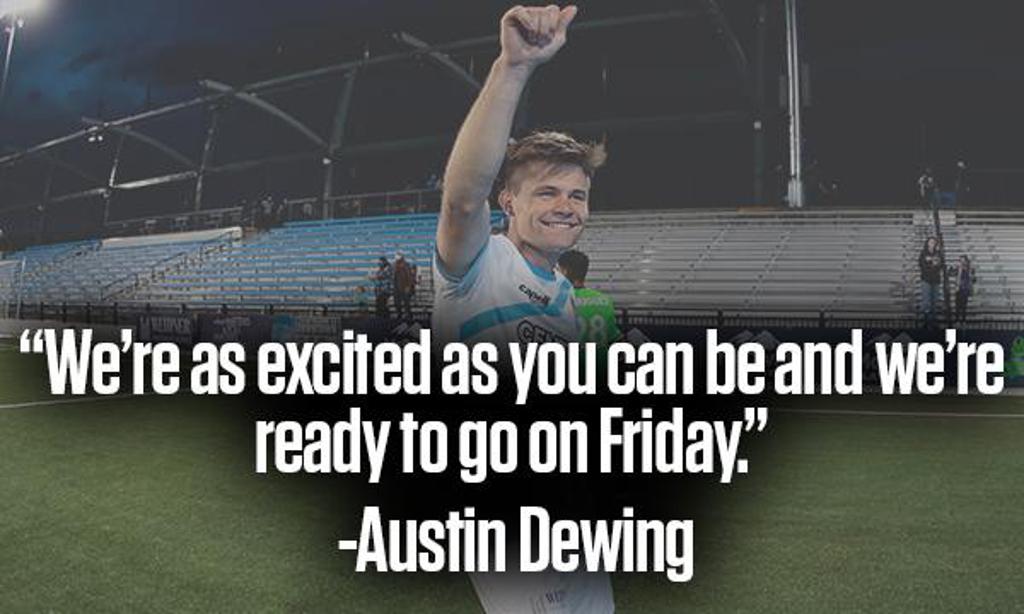 Regular season soccer makes its debut in downtown Colorado Springs on Friday evening at 7pm MT as the Colorado Springs Switchbacks FC celebrate the Grand Home Opener at Weidner Field by welcoming New Mexico United.  The match will be broadcast live by the voice of the Switchbacks, Ryan Kaufman, on XTRA Sports 1300 AM and xtrasports1300.com.

The Switchbacks stormed to a 4-0 win against Sporting Kansas City II last Friday evening behind goals from Austin Dewing, Michee Ngalina, and a brace by Hadji Barry.  Ngalina and Barry were both named to the USL Championship Team of the Week after their performances in Kansas City.  “It’s pretty natural after a good performance like that to be pretty positive and encouraged and have a better understanding of the style of play and the expectations now that we’ve seen it in practice and in a real game,” said Switchbacks Head Coach Brendan Burke.  “We saw the way we can play a couple times in the preseason…but Friday was great.  A lot of momentum comes from a night like that.” 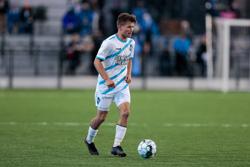 Austin Dewing’s early strike that opened the scoring last Friday was the first professional goal for the former United States Air Force Academy Falcon.  “It was great to see him score,” said Head Coach Burke.  “Austin is that industrious, work-your-socks-off kind of guy, and he’s been putting himself in good positions, so to see him break through was huge.  He got rewarded for all his hard work, and that’s what he’s all about.”

“It felt really good to score – it’s always a team effort and that goal really was,” said Dewing.  “Michee [Ngalina] played a great ball and did some nice defensive work to get the ball back, so I was just happy that I could do my part.”

Dewing was eventually forced out of the win in Kansas City in the 74th minute after suffering an apparent knock, but the Air Force Second Lieutenant played down any injury concerns on Monday morning.  “I’m fine – just some bad bruises and probably some messed-up nerves or something, but nothing serious, and I’ll be ready to go,” said Dewing, before being asked about the opening of Weidner Field.  “It’s been a long time coming for this team, but also for the city and the community, so we’re as excited as you can be and we’re just looking to prepare in the right way and be ready to go on Friday.” 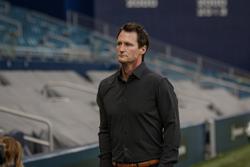 New Mexico United defeated Austin Bold FC 3-1 at Isotopes Park in Albuquerque on Saturday evening behind goals from Sergio Rivas, Brian Brown, and Amando Moreno.  “New Mexico are obviously a very heavily-resourced team, so they have a deep roster,” said Switchbacks Head Coach Brendan Burke.  “They’re bringing guys off their bench that have been all-stars in the league – you don’t see teams that are that deep every week, but we happen to have three of them in our division.  This is a huge test for us on Friday, and it’s good to have a game like this right on the back of a very positive performance, and now we’ll learn a lot more about ourselves this weekend.”

“It helps that we’ve seen New Mexico already in preseason, so we have a little bit of an idea of what they’ll come out like,” added Burke.  “But it doesn’t change much – we want to focus on us and what we did well on Friday, and also learn from our mistakes from the first two games and really build on our win.  We need to play our game and dictate our style with how we want the game to flow, especially in our stadium.” 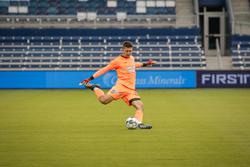 Another bright spot for the Switchbacks in Friday’s win was a first career professional start, and shutout, for goalkeeper Andrew Pannenberg.  “It felt fantastic just to be out there with the guys and to get the first team win,” said the keeper who previously starred for the Demon Deacons of Wake Forest University.  “I think this week we’re going to focus on ourselves, but we know that New Mexico like to go forward really quickly and with a lot of numbers, so we’ll look at them and see how to handle that.  We played them in preseason so I think we know them pretty well, and I know we’re all looking forward to it.  We need to stick to some of the things that we’ve already been focusing on.  I think we learned a lot from the game in Kansas City –  we needed to come out a little stronger in the second half, even with the lead that we had.”

“We’re all excited for Friday,” said Pannenberg.  “Just to see this stadium come together with being here in preseason, and walking up to training the first couple weeks and then finally being in here, it’s special.  Some of the events, the opening with The Epicenter [sculpture] out there, and the season ticket holder events…just to see the people and buzz, I know we’re all excited and expecting a good crowd and a great energy.”

“I think the crowd is important to the way we play and our energy level, so hopefully that’s going to be an advantage for us in the long-term at home, and hopefully that starts this weekend,” said Head Coach Burke.  “We obviously like to get after it, and New Mexico aren’t a team that likes to play with the ball on the ground too much, but hopefully we’re able to play the way we want to play this weekend.  I’m excited for us to be in front of the home crowd for the first time – it’s a big one for us.”