Vargish's View: Switchbacks FC Are Back in Downtown Colorado Springs for Rematch of Season Opener 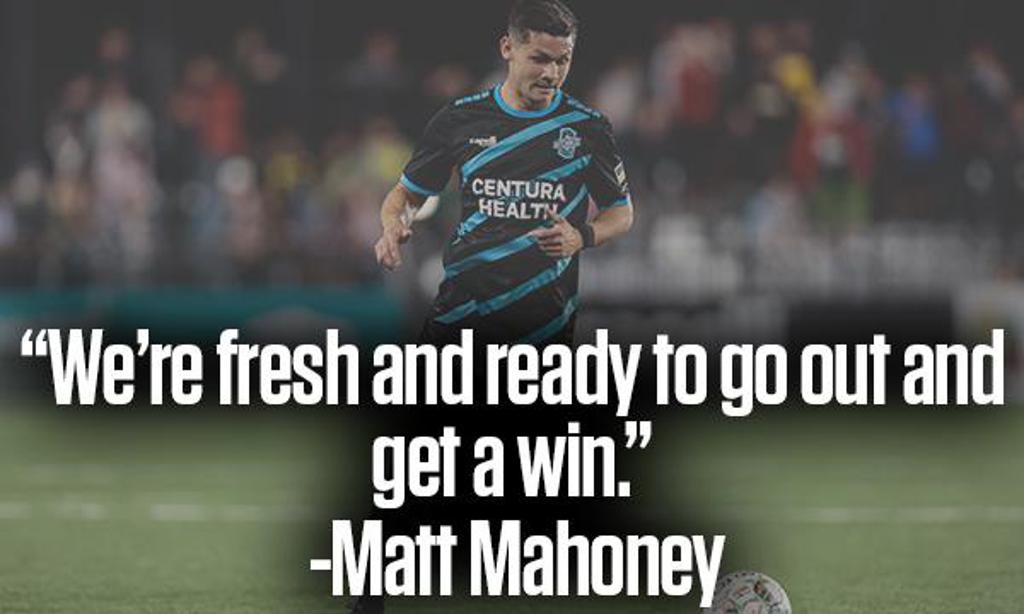 This Saturday at 6pm, the Switchbacks headline Weidner Field in downtown Colorado Springs as they welcome San Antonio FC to the Rocky Mountains in a rematch of the opening game of the 2021 USL Championship season.  A limited number of tickets remain available for this Saturday’s match and can be found HERE.

The game against San Antonio FC will be broadcast live by the voice of the Switchbacks, Ryan Kaufman, on XTRA Sports 1300 AM and xtrasports1300.com.

Colombian striker Santiago Patiño leads San Antonio FC in goals with 5.  The former Florida International University Panther bagged a hat trick against the Switchbacks in the season opener in the Lone Star State on May 1st.  San Antonio FC tied the Rio Grande Valley FC Toros 1-1 on Saturday night behind a 40th minute goal from Marcus Epps.  Argentine Emil Cuello assisted Epps’ goal, after having been brought on after only 12 minutes to replace club captain PC.  Cuello was subsequently sent off in the 80th minute and will be suspended for Saturday’s match in Colorado Springs.  Tunisian center back Jasser Khmiri was named on the bench of the USL Championship Team of the Week after his performance alongside Liam Doyle and Mathieu Deplagne. 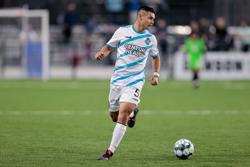 “I think it was obvious last time we played San Antonio that we didn’t match them physically,” said Switchbacks defender Matt Mahoney.  “We need to match the energy we’ve showed in the last couple games.  San Antonio are a physical, intense team and if we match that, we can get a win with who we have going forward.”

San Antonio have amassed 14 cards this season, with two being red – including the aforementioned straight-red for Emil Cuello last Saturday against RGVFC.  “San Antonio are consistently at or near the top of the league in fouls,” said Switchbacks Head Coach Brendan Burke.  “The game is dictated by the referees – hopefully they are out ahead of it this time.  San Antonio are seeing a lot of red and yellow cards and their style of play doesn’t seem to be changing at all.”

“We have to do everything we can to be proactive – I don’t think we have the luxury of shifting lineups too much yet because we still don’t have a couple of our top guys available to us,” added Head Coach Burke.  “The reality is that just meeting the physical intensity of the game is all you can do, so we agreed in the locker room before we even left San Antonio that it would never happen to us again.” 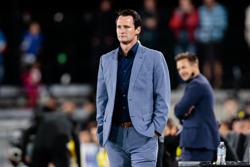 The Switchbacks have not played since May 21st and have only played three games this season – for comparison, San Antonio FC have already played five matches in 2021.  “We’ve had two two-week breaks in the first part of the season, which I’ve never even heard of before in any league, so it’s really disappointing but we have to manage it as well as we can,” said Head Coach Burke.  “We came out of the last break in good form, but that’s hard to replicate.  What we really crave right now is a consistent schedule and maybe a break in the schedule in terms of the strength of opponent.”

“Time has been good and given us time to work on the things that we’ve needed to work on, but to be honest with the long breaks at times it’s still felt a bit like preseason because we haven’t gotten into the flow of having a game each week,” said Matt Mahoney.  “I think this week we’re fresh and ready to go out and get a win.  We know what we can do, and it’s important we play our game and if we can do that I think, with our quality, we’ll be able to get a win.” 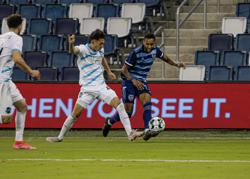 “It’s huge for us to be able to get some video done and see the mistakes that we made in the first game against San Antonio, so that we can see what we need to improve on,” said defender Sebastian Anderson on Tuesday morning.  “I feel like this week we’ll mainly just focus on ourselves for the most part, but obviously we’re going to watch film and look into any new things that San Antonio have, but the main focus is on us and doing what we do best.  It’s a huge boost for us to be back home and to play in front of our fans – it’s a blessing.  The energy and the electricity they bring every single game is unmatched.”

The Switchbacks return to the road next weekend as they travel to Far West Texas to face El Paso Locomotive on Saturday evening at Southwest University Park.