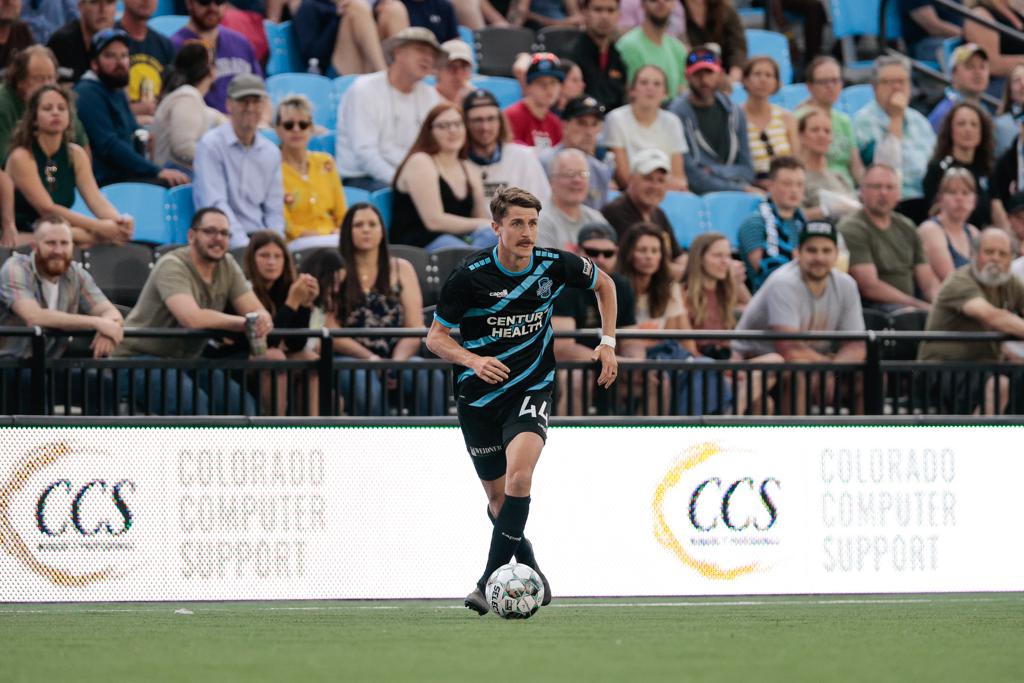 The Switchbacks once again came out on the front foot with an early goal in the sixth minute of the game. Making his debut, Deshane Beckford played a through ball into the path of Hadji Barry who finished from a very tight angle on the right side of the goal, seeing his shot hit the side netting on the left side of the goal. Barry now has four goals in four games to start the 2021 season.

In first half stoppage time, a skirmish near the touch line resulted in Santiago Patino from San Antonio and Michael Edwards from the Switchbacks both see red cards to play the second half ten men versus ten men.

With 30 minutes to go, a cross from San Antonio force the ball to roll towards the goal before Jimmy Ockford slid in at the last moment to clear the ball off the goal line. Zach Zandi had an opportunity to double the hosts lead in the 78th minute when a pass from Barry found him seven yards out from goal but his shot was also cleared off the goal line.

Two minutes from full time, a free kick fell to the foot of Justin Dhillon who scored for San Antonio from close range. As stoppage time began, Michee Ngalina hit a half volley from the right side of the six yard box that San Antonio's goalkeeper, Matt Cardone, got fingertips on the shot to tip it on to the crossbar.

The 1-1 draw saw the Switchbacks earn their first points of the 2021 campaign at Weidner Field.

The Switchbacks FC are on the road next weekend as the club takes on El Paso Locomotive FC at 6:30pm MT on June 12. The Switchbacks are back at Weidner Field on Wednesday, June 16, against Tacoma Defiance with gates opening at 6pm MT. The first 500 fans in attendance will receive a free Switchbacks mask, courtesy of Capelli Sport.- Tickets are available HERE.