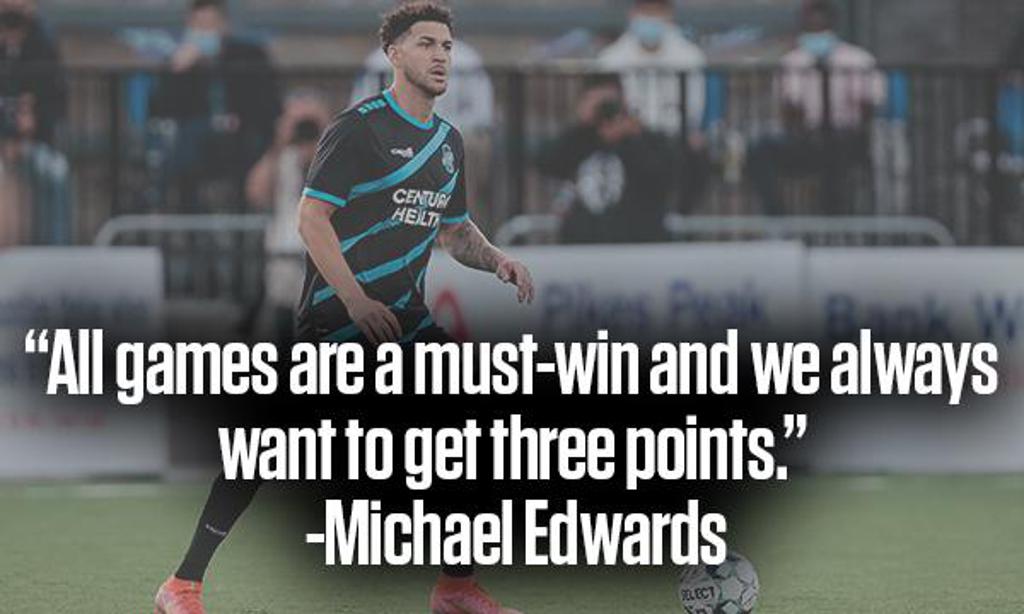 Fresh off earning a point in Far West Texas, the Colorado Springs Switchbacks FC return home to Weidner Field in downtown Colorado Springs this Wednesday evening for a 7pm MT contest against the Tacoma Defiance.  Capelli Sport will be sponsoring a pre-game mask giveaway for the first 500 fans in attendance, with tickets remaining available HERE.

The match against the Tacoma Defiance will be broadcast live by the voice of the Switchbacks, Ryan Kaufman, on XTRA Sports 1300 AM and xtrasports1300.com.

Following a strong start to the 2021 season that included an opening-day draw and two subsequent victories, Tacoma Defiance have now lost back-to-back games, including a 3-0 loss to Phoenix Rising on Saturday evening in the Valley of the Sun.  The Defiance – the USL Championship affiliate of Major League Soccer’s Seattle Sounders – have so far used 27 players in just five matches during this season’s campaign. 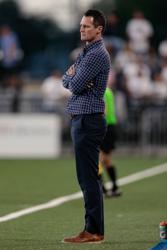 “Tacoma will bring a lot of energy – they’re not afraid to come out and press opponents,” said Switchbacks Head Coach Brendan Burke.  “They’re playing out of a 3-4-3 right now with a lot of talented young guys.  Those [MLS] 2 teams tend – and I used to coach one – to be boom-or-bust, so if you catch them on the wrong day they can be every bit as good, if not better, than the top USL teams.  We’re not unaware that they bring a lot of quality and they’ve already knocked off some big teams this year.”

Wednesday will see the Switchbacks able to call on the services of center back Michael Edwards, with Edwards returning to availability following a suspension which ruled the Virginia-native out of last Saturday’s match in El Paso.  “I’m looking forward to the match on Wednesday,” said Edwards on Monday morning.  “It was good to get a full training session today and I’m ready for Wednesday and hopefully I can get a run and we can get three points.  I think all games are a must-win and we always want to get three points – we never want to settle for a tie, and we definitely don’t want to lose, so three points is very important on Wednesday.  We need to play our style of football against Tacoma; play through the lines, break lines, and play fast.”

Saturday’s draw at the El Paso Locomotive saw the Switchbacks give a club debut to Trinidad and Tobago international Triston Hodge.  Hodge was a second half introduction – alongside Andre Lewis and Yaya Toure – just before the Switchbacks equalized from the penalty spot through an unstoppable spot-kick from Hadji Barry.

“I thought Triston really impacted the game in a positive way when he came on,” said Head Coach Burke.  “We’re looking forward to getting him more and more minutes now – he’ll be a key piece of the team.  And I thought Yaya did the hard running off the ball and helped us see the game out.  Andre Lewis was positive – that was probably his best performance so far off the bench, which is great because we’re probably going to have to rotate coming up.  Having guys like Andre in good form and building towards starts is really important for us right now, and this is the first time we’re going to have decisions to make as to who starts and who makes the 18 when we go into this game with Tacoma.  Everyone is in great shape coming out of the game in El Paso and certainly we know that we did enough to win the game.  Having 60% of the ball in a place like El Paso is unheard of for this franchise, so we know what we’re building towards and we’re starting to see flashes more frequently now.” 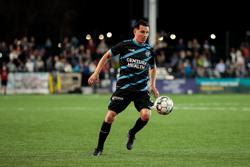 “We played a top team last weekend and the guys did well,” said Switchbacks midfielder José Torres.  “And I’ve told a few guys that it makes me happy to see the team come together and that they’re fun to watch because they work so hard out there.  We have a good group of guys and we have a lot of experienced guys and the team is slowly getting to where Brendan wants it to be.  We’ve been unlucky at times and we’ve made mistakes, and I think in El Paso we should have brought home the three points, but it was good we could get a point in a very tough place to play.  I think everybody that’s come in recently has clicked well with the group.  This is a good group of guys, and everyone works hard – there’s no faces when people don’t play and everyone has a positive attitude no matter if they’re on the bench or starting, and that’s what counts.”

Torres missed the trip to El Paso through injury, with the former United States National Team player confirming the problem after training on Monday in downtown Colorado Springs.  “It’s just a bad bone-bruise and it’s never happened to me before,” said Torres.  “With the years that I’ve been playing and my experience, I know that I have to be patient.  If there’s somebody better than me in my spot, physical-wise and healthy, then they need to play.  I don’t want to do any damage to the team and be out there and not able to give 100%.”