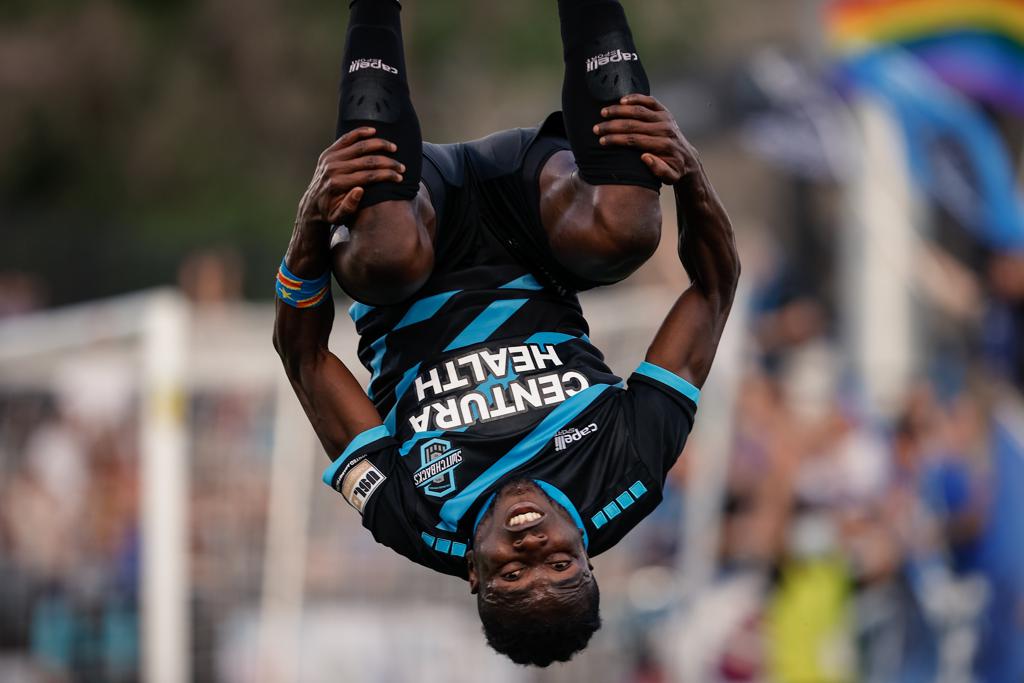 Colorado Springs, CO (June 16, 2021) – The Switchbacks recorded their first ever win in Downtown Colorado Springs history in a 4-2 win over the Tacoma Defiance, powered by Michee Ngalina's two goals and an assist, and Hadji Barry's goal and three assists.

Looking to build off of consecutive draws, the Switchbacks almost scored another early goal at Weidner Field when Michee Ngalina fired a shot from the left side of the penalty area that was saved. However, Tacoma ended up taking the early lead as Azriel Gonzalez dribbled along the goal line and played a pass to Marlon Vargas who finished it.

The Switchbacks would finally reap the rewards of dominating possession of the ball for the rest of the first half when Hadji Barry played a lofted pass over the top of the defense and Ngalina lifted his shot over the head of the goalkeeper for his first goal at Weidner Field.

The Switchbacks quickly turned the game around just four minutes later as Barry took a touch past his defender on the right side of the penalty area before unleashing a powerful ground cross that Deshane Beckford finished to give the hosts the 2-1 lead going into the half.

Ngalina almost struck again eight minutes into the second half as he held off a defender to claim a pass into the left side of the penalty area, only for the Tacoma goalkeeper, Spencer Richey to come up with another big save. Barry then tested Richey from a narrow angle on the left side of the penalty area on a shot that was blocked behind for a corner.

With just ten minutes remaining in the second half, Ngalina brought down a long ball over the defense before being fouled. With advantage being played, Barry hit a shot with his first touch from just inside the penalty area into the bottom left corner of the goal to extend the Switchbacks lead.

Tacoma got a goal back when Alec Diaz got on the end of a through ball and flicked the ball over Sean Melvin to finish the play. The Switchbacks would get a fourth goal to cap off the night as Barry touched the ball to Ngalina who used his speed to beat a sliding defender and finish at the near post from the left side of the penalty area for his second goal of the game.

The Switchbacks FC are on the road on Tuesday as the club takes on Austin Bold FC at 7:00pm MT on June 22. The Switchbacks are back at Weidner Field on Friday, June 25, against New Mexico United with gates opening at 6pm MT. The match is presented by Southwest Airlines with a Fireworks show directly following the match. Tickets are available HERE.